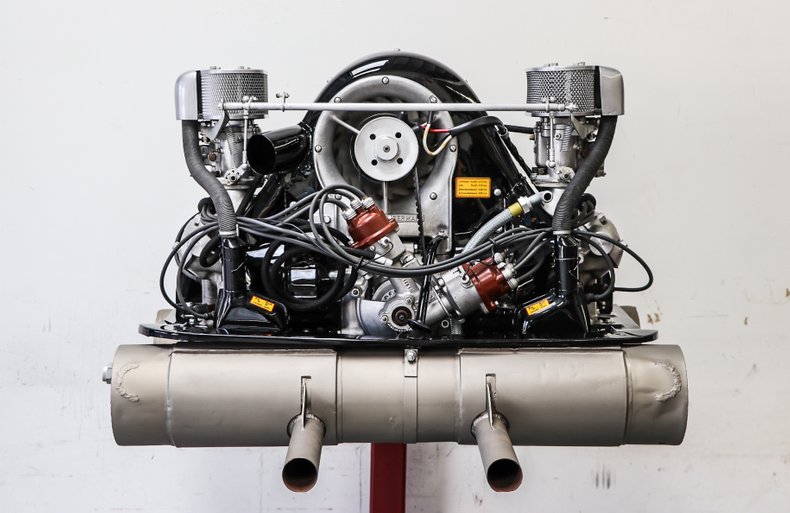 Originally sourced from, Steve Heinrichs, one of the authors of the Porsche Carrera book. Steve's comments on this engine were that it was a low mileage example pulled from a Carrera in the late 60's. The motor was then sent to a well-known 4-cam engine builder, Jacques Le Friant. The motor was completely disassembled and inspected thoroughly. The internals were indicative of a true low mileage example as Steve Heinrich had stated. The crank was standard on the mains, standard on the rods and only needed minor polishing. New main and rod bearings were installed. The piston's and cylinders were in excellent condition and were recoated with Nikasil and new rings were installed. Only as a precaution the exhaust valves were replaced. The valve seats were machined and lapped in. All the gears are matching & numbered. The distributor was completely rebuilt, carburetors completely rebuilt, and a new clutch and pressure plate was installed. The motor was balanced at each stage. All the components were CAD plated, all sheet metal was fitted and painted. New old stock 1600 GS Carrera exhaust, which was made one year only, and is very rare. The engine has run prior to being installed and then tuned in a car for 100 miles.