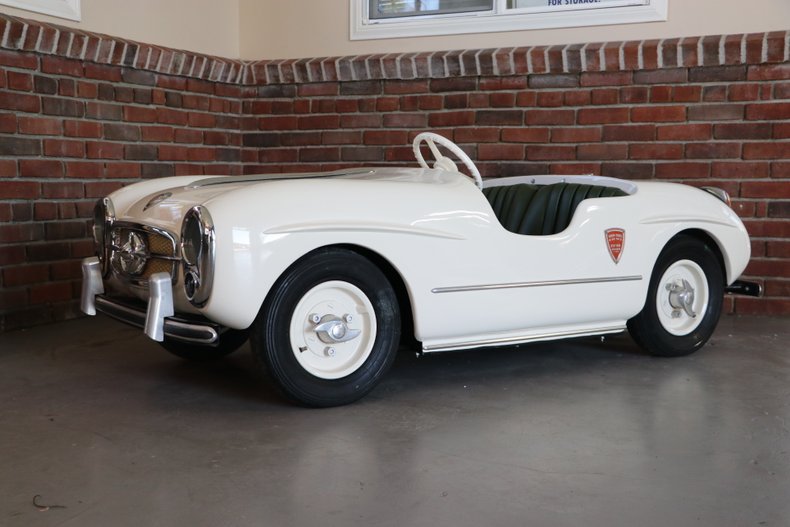 Custom built by brothers, Rudolf and Fritz, sometime in the late 1950s. Gebrüder Bruschal (GB), owned by the brothers, is the company known for creating custom small cars. In 1960, this toy car was completed and was placed amongst various other small vehicles in a fair in upstate New York. It was a gas-powered, accurate recreation, of a 1957 300SL Roadster. There is a tremendous amount of detail that went into both the grill, wheels and the various chromed pieces around the car. When it arrived at European Collectibles, we installed rack and pinion steering. This showpiece will add tremendous appeal to any collection, especially when it is paired side by side with an actual 300SL roadster.

The brothers Rudolf and Fritz Ihle from Bruchsal were motor vehicle masters and had become self-employed in 1930 in Bruchsal. They soon decided to offer special bodies based on common small cars (first Dixi and BMW, then also DKW, Fiat, Ford and Steyr, Mercedes, etc.). The customer was able to receive a kit for self-assembly to have the car rebuilt in Bruchsal. Or the brothers bought used cars, reworked them technically and re-clothed them. Later the brothers became manufacturers of bumper cars and carousels.