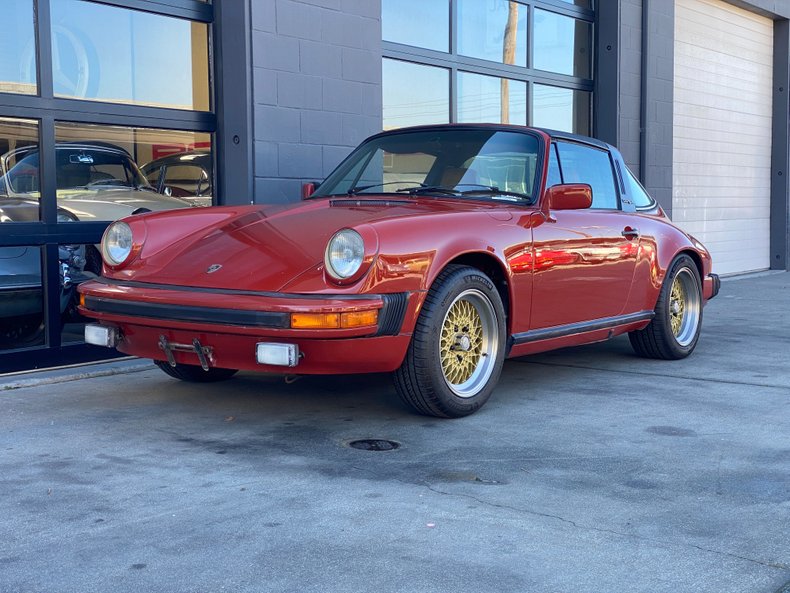 Mechanically the 911 does not run or drive and will need an engine-out service, clutch, and brake work to get it back on the road. The engine is a 3.0L flat-six (type 930/04) paired to a 5-speed manual transmission (type 915/61) and four-wheel disc brakes. Complete with collapsible spare wheel, toolkit, jack, and 24 years of service history. An excellent opportunity to acquire an exceptionally straight 911SC Targa at a very attractive price point.

History
In 1978, Porsche introduced the new version of the 911, called the '911SC'. Porsche reintroduced the SC designation for the first time since the 356SC (as distinguished from the race engine, 356 Carrera). There was no Carrera version of the 911SC. It featured a 3.0-liter engine with Bosch K-Jetronic fuel injection and a 5-speed 915 transmission. Originally power output was 180 bhp, later 188 bhp, and then in 1981, it was increased to 204 bhp for the rest of the world but not in the USA. In 1981 a Cabriolet concept car was introduced at the Frankfurt Motor Show. Not only was the car a true convertible, but it also featured a four-wheel drive, although this was dropped in the production version. The first 911 Cabriolet debuted in late 1982, as a 1983 model. This was Porsche's first cabriolet since the 1965 Porsche 356. It proved very popular with 4,214 sold in its introductory year, despite its premium price relative to the open-top Targa. Cabriolet versions of the 911 have been offered ever since.