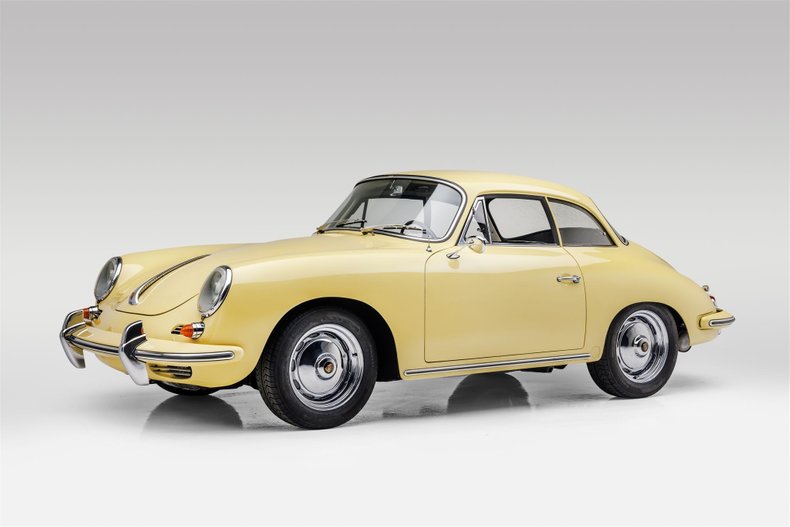 One owner for the past 18 years, finished in its factory color combination Champagne Yellow (6205) with Black leatherette upholstery. The paintwork is in beautiful condition with perfect gaps and panel fit. The interior is finished in a Black leatherette upholstery with German Charcoal square weave carpets, VDO instrumentation, lap belts, and a Blaupunkt AM/FM radio.

The earliest known history begins in 2002 when it was purchased by Mr. Gates who lived in Tallahassee, Florida. During his ownership, the vehicle was serviced at Capital Euro Cars in Tallahassee, Florida where it received regular maintenance. After careful consideration, Mr. Gates worked with Remade by Hand Inc. in Crawfordville, Florida to complete the mechanical work from 2019-2020. The work performed included rebuilding the transmission, steering box, and braking system. All-new wheel cylinders were installed, new window seals, new carpeting, and a new battery were replaced. The engine received a valve adjustment, new valve covers gaskets, the fuel pump was rebuilt, new spark plugs, and new Weber 40 IDF carburetors were also installed along with a new muffler. The total cost was $34,339.01.

History
A unique "Karmann Hardtop" or "Notchback" 356 B model was produced in 1961 and 1962. The 1961 production run (T5) was essentially a cabriolet body with the optional steel cabriolet hardtop welded in place. The 1962 line (T6 production) was a very different design in that the new T6 Notchback Coupé body did not start life as a cabriolet, but with its own production design—In essence, part cabriolet rear end design, part T6 coupé windshield frame, unique hard top. Both years of these unique cars have taken the name "Karmann Notchback".