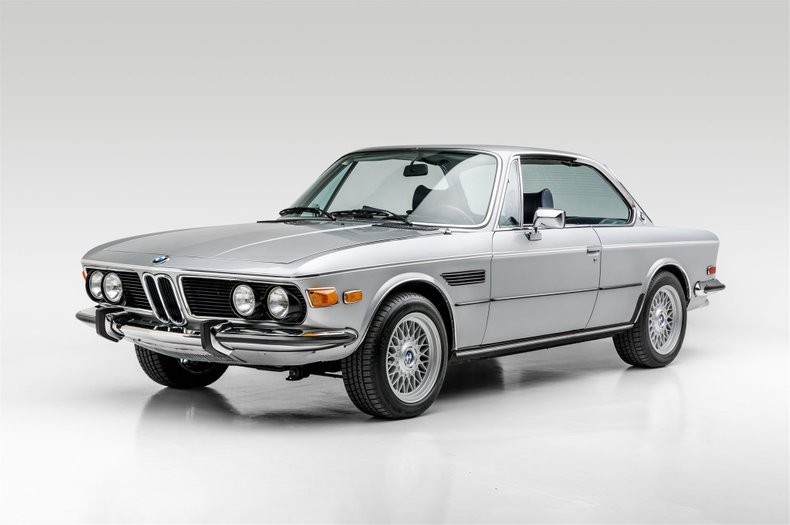 History
The E9 is seen as "the coupe" and the breakthrough of BMW post-war into the European Touring Car Championship winning the championship every year from 1975 to 1979. The lead designer was Hofmeister from the now-famous “Hofmeister kink", still on every BMW and the Bodywork was done by Karmann. This is one of the larger engine (Big Six M30) motors produced after 1971 with a 2,986 cc displacement, a 9.0:1 compression, and the dual carb set up producing 180bhp at 6,000 rpm. One of the last 438 Automatics produced and imported to the USA in 1974 (Total import volume was 813 for 1974).