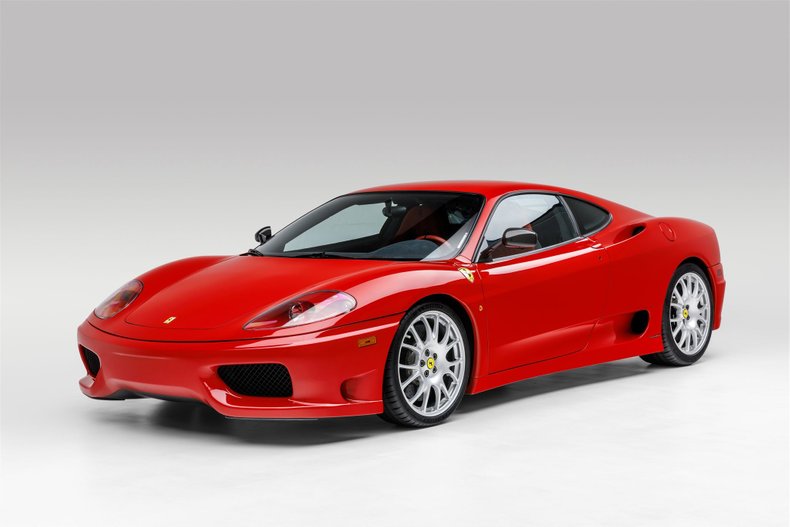 This 2004 Ferrari 360 Challenge Stradale was completed at the factory in November 2003 and sold by Ferrari of Orange County (California) on December 30, 2003. It has resided in California and Las Vegas and has had just four owners from new and single ownership since February 2007. The factory Rosso Corsa paintwork is in excellent condition throughout and shows no signs of ever having been repainted. Records are on hand dating back to 2007 when the car had 3,780 miles on the odometer. A major service was completed in February 2022 that included a new set of timing belts and tensioner bearings, a new set of accessory belts, engine oil and filter service, brake flush, new spark plugs, new wiper blades, A/C system inspection, correction of interior sticky parts, CA smog test and installation of new Michelin Pilot Sport tires. During the service, it was noted that clutch wear measured at 3%. This is an unbelievably nice 360 Challenge Stradale that has never been on the track or damaged in any way. It is complete with books, car cover, three keys, tools, and a nice file of records.