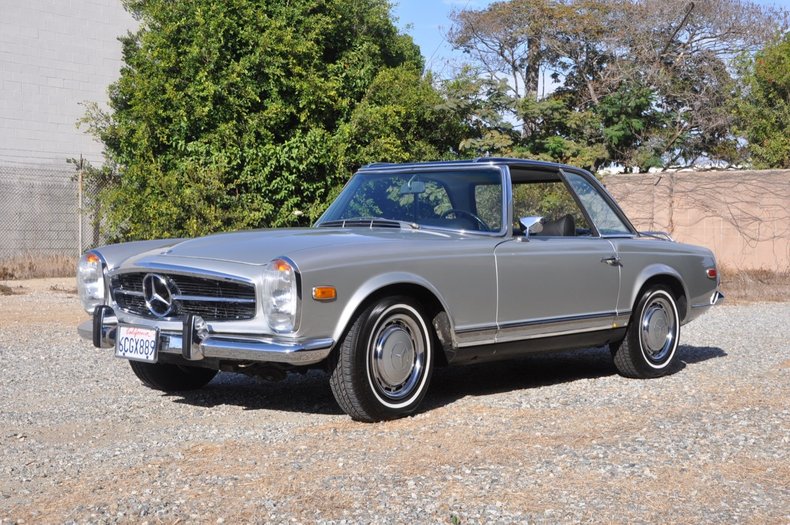 1971 Mercedes Benz 280SL Roadster
Delivered in a beautiful classic color combination (Silver Metallic/Black) that is in excellent condition. New interior finished in leather including seats, dash and door panels, new carpets and re-varnished wood on the dash. Good mechanical condition with smooth shifting transmission. Solid & original undercarriage. Very straight body with NO rust issues. A very good investment that is very hard to find in this condition for the price.