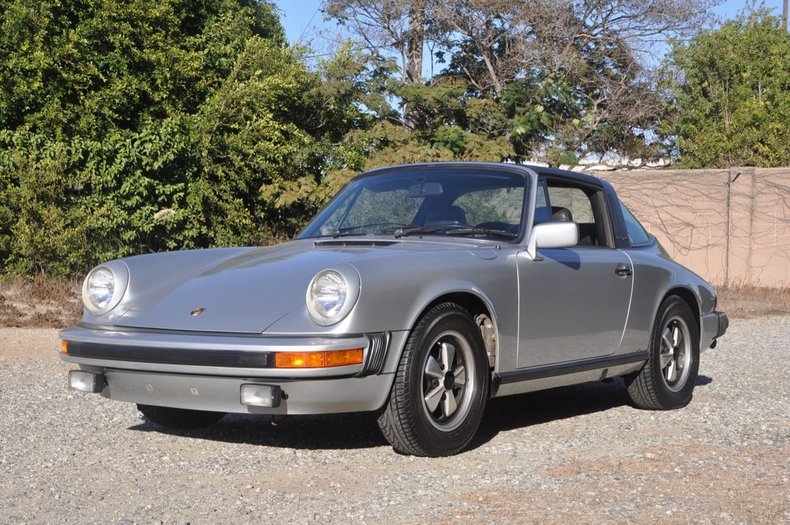 Model year 1976 (J Series. Aug. 1975 to July 1976 production)
In 1976 the hand throttle was eliminated after the equipment of the vacuum-controlled warm-up regulator on the K-injection fuel injection. The folding Targa top again became standard equipment. The 911S was the only U.S. model besides the Turbo. For the first time, Porsche offered a six-year warranty against rust because the bodies were built of galvanized steel.

In the engine bay a 5-blade engine-cooling fan was replaced with 11-blade unit on all cars except for the Turbos.

Outside mirrors were painted the same as the body color and were electronically controlled. All cars were fitted with electric speedometers. The 911S was fitted with it A-type cast-iron front brake calipers that had the same pad size as the alloy S calipers.