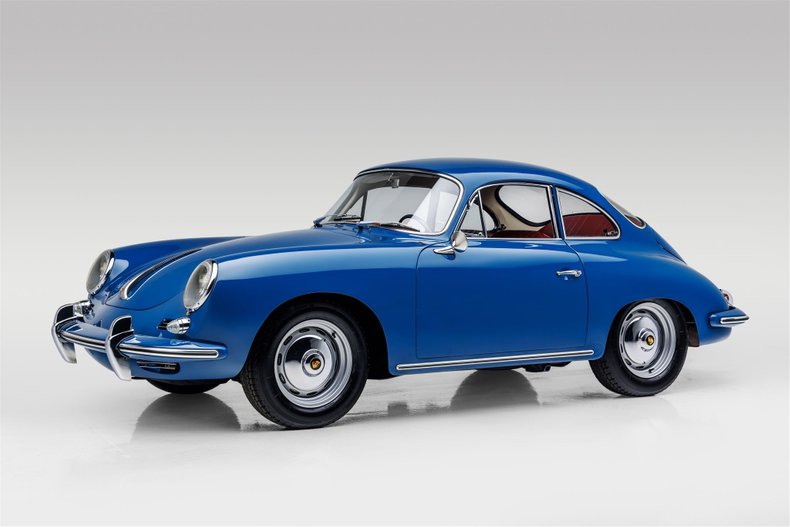 According to the original build sheet, VIN 118461 was originally sold by Competition Motors in Hollywood, California to the first owner, Mr. Leary, in Downey, California. Finished in its factory color combination of Oslo Blue (6203) with a Red leatherette upholstery. The paintwork benefits from a recent windows out repaint and shows well with the brightwork. The upholstery is in excellent condition with a factory steering wheel, refinished VDO instrumentation with chrome bezels, and a Porsche radio delete plate. The undercarriage is in pristine condition and the suspension is detailed.

This 356 was completely disassembled, stripped down to the bare metal, and refinished in its factory exterior color. It was reassembled with new decos, rubbers, and brightwork. A complete new interior was installed including Red German vinyl, oatmeal German square weave carpets, new rubber floor mats, and an ivory headliner. The undercarriage was stripped to bare metal and was recoated with German Wurth undercoat. All the suspension components have been refinished, new sound deadening was installed while the engine was out, and the engine was detailed with all the sheet metal powder coated.