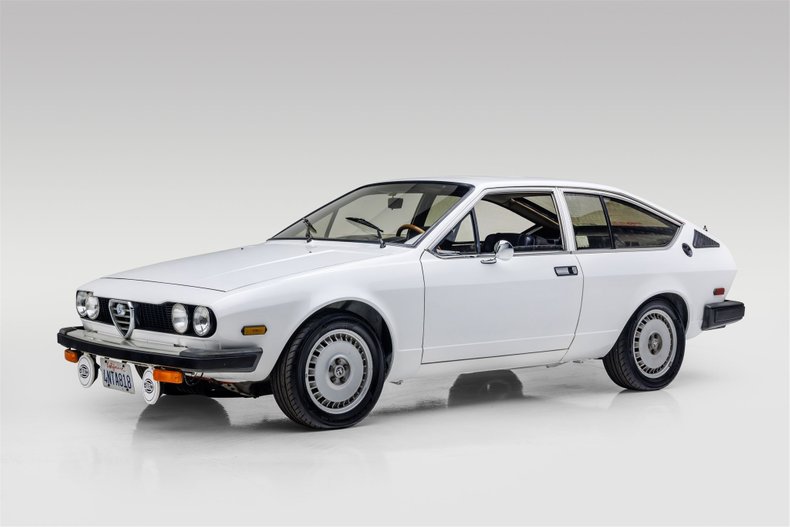 Alfa Romeo launched the Alfetta Berlina sedan in 1972 with a new floorplan, modern styling, and a decent rear seat. The name traded on racing successes in the past and used double wishbones and torsion bars in front with a DeDion transaxle at the rear, and inboard brakes. Engines were an 1,800-cc DOHC four-cylinder initially, then a 1,600-cc mill in 1975, and a 2,000-cc from 1977 on. There was even a turbo-diesel engine in Europe. An impressive 450,000 of all variants were sold between 1972-84.

A Giorgetto Giugiaro-designed GT/GTV coupe quickly followed in 1974 and made quite an impact upon its arrival. One of his last jobs at Bertone, the coupe was built on a shortened Alfetta sedan platform, which made it more spacious than previous Alfa coupes. The car was also undeniably handsome. Early examples had an eccentric dashboard, with all the gauges except the tachometer in the center console, but that was subsequently redesigned, and in all, 120,000 were sold between 1974 and 1987.