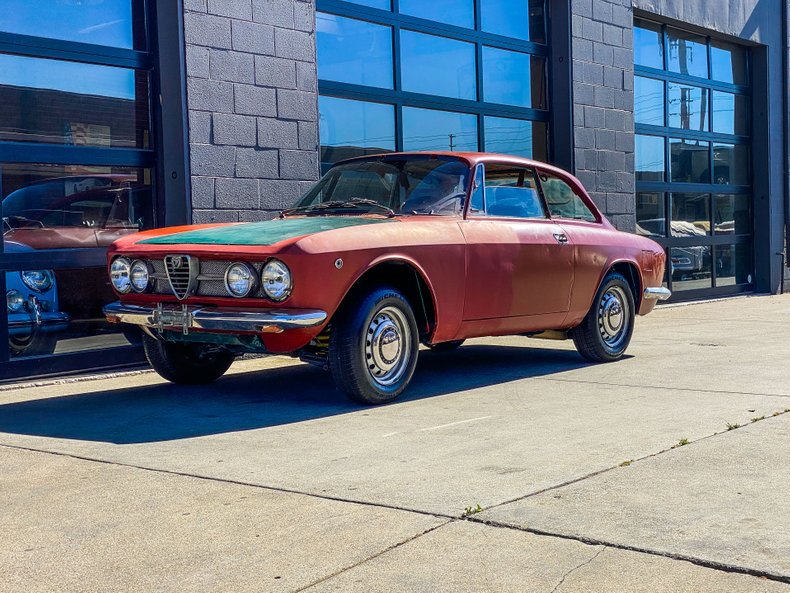 Single-family ownership for the past decade needing a full cosmetic and mechanical restoration. The exterior is complete with quad headlights, factory Secursiv glass, and chrome bumpers. The interior features a wooden steering, Jaeger instrumentation, door panels, front and rear seats. Silver 14″ factory rims with Alfa Romeo hub caps are mounted to 185 65 R14 Michelin tires. The undercarriage is in excellent condition with no signs of any rust.

Mechanically this GTV is not running and driving. The 1750cc inline-four short block engine is disassembled with additional engine parts and will need to be rebuilt. Complete with a five (5) speed manual transmission with four-wheel disc brakes. Offered with a clean California title, this GTV project is an excellent candidate for a full restoration.

History
These Alfa Romeos were an evolution of the Giulia Sprint GT and GT Sprint Veloce that were in production since 1963, but the new designation was spurred mostly by the larger engine, the chassis and body modifications. The 1750 GT Veloce (aka 1750 GTV) debuted alongside the 1750 Berlina sedan and 1750 Spider, representing a new line of vehicles for the Italian manufacturer. At the core of each was a 1779-cc inline four-cylinder with an 80-mm bore and an 88.5-mm stroke. The increase in displacement represented an almost 10 percent increase in horsepower to 122, affirming the “V” in veloce.

The five-speed gearbox was the same as the Giulia Sprint Veloce, but the rear differential had a steeper 4.10:1 gear ratio. While the numbers might not seem impressive, the contemporary reviews suggested that the improvements offered much more flexible performance. Cars bound for the U.S. all received SPICA fuel injection in a peremptory effort to comply with ever more strict environmental requirements.