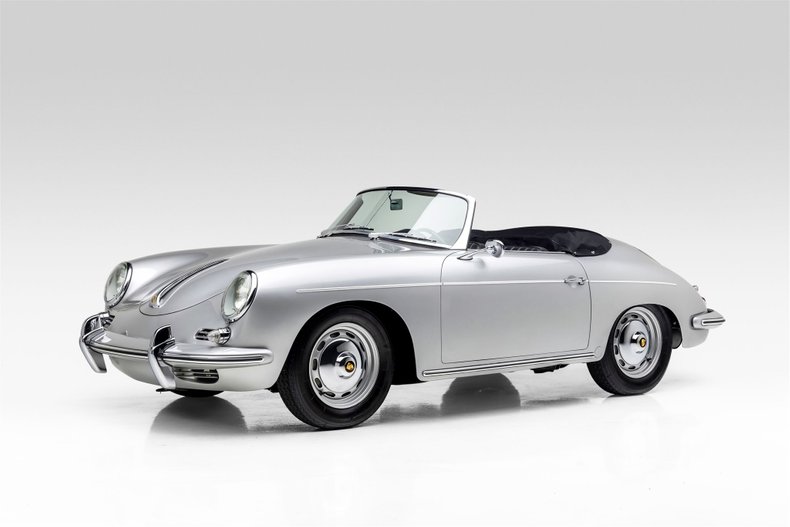 According to the Porsche Kardex (build sheet), this Drauz Roadster VIN 88411 was originally delivered by Hoffman Motors Corporation in New York on September 2, 1960. This Roadster was originally finished in Silver Metallic over Black leatherette upholstery. Special ordered with a Super-90 engine No. 801236 which is matching numbers per Kardex with no other options recorded other than Michelin tires.

History
The 356 Speedster was one of Porsche's most successful models. Its lightweight, superior balance, and racy looks were all placed within reach of aspiring Porsche owners, thanks to its relatively low price. The price, however, also reflected the car's spartan passenger accommodations—sporty seats, a small top, side curtains, and a low windshield all formed part of this car's purpose-built sporting pretensions.

Porsche addressed these deficiencies in the summer of 1958 with the Convertible D, with the “D” denoting the car's builder, Drauz. It was, essentially, a second-generation but more-comfortable Speedster, and it was, in turn, succeeded for 1960 and 1961 by the 356B Roadster, in T-5 and T-6 bodies, respectively. The Roadster's roof and windshield were both higher than those of the Speedster, adding 3½ inches of headroom and providing a quantum leap in terms of comfort and visibility with the top-up. Roll-up windows replaced the Speedster's basic side curtains. Additional changes included more complete interior trim and better seats, similar to those offered in the 356 Coupe.