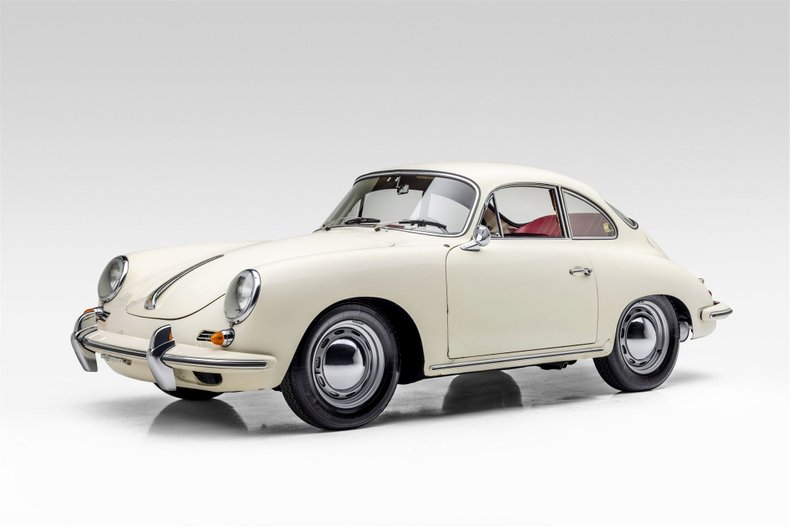 Single-family ownership for the past 45 years, finished in original color combination Ivory (6204) with Red leatherette interior. It has had a repainted and shows patina with original glass and brightwork. The Ivory dash is original with factory VDO instrumentation, a VDM steering wheel, and a Blaupunkt FM/AM radio. The red leatherette upholstery is in good condition with some wear and patina. The rear quarter and front vent window mechanisms are functional with good rubber seals. The 4.5” x 15” wheels are painted silver with chrome hubcaps and Sprint Classic Vredestein 165 15 tires.

In the late 1970s, this 356B Coupe was purchased from Mr. Cantrell, who lived in San Francisco, California, and was sold to Ms. Schaeffer. By the 1980s Ms. Schaeffer had the 356 shipped to Massachusetts where it remained until 2022. During Ms. Schaeffer's ownership, the 356 was serviced and maintained by European Performance Engineering in Chestnut Hill, Massachusetts. From 2016-2018 Kustom and Restoration Specialties serviced this 356. The following work was done including new spark plugs, spark plug wires, voltage regulator, distributor cap, shocks, axle boots, seals, and the fan shroud was removed and repainted. The braking system received new brake shoes, the drums were turned, and a new master cylinder was installed. The fuel lines and hoses were replaced with new clamps and hardware installed. European Collectibles recently went through the braking system and installed all new wheel cylinders, shoes, and brake lines along with a full engine tune.