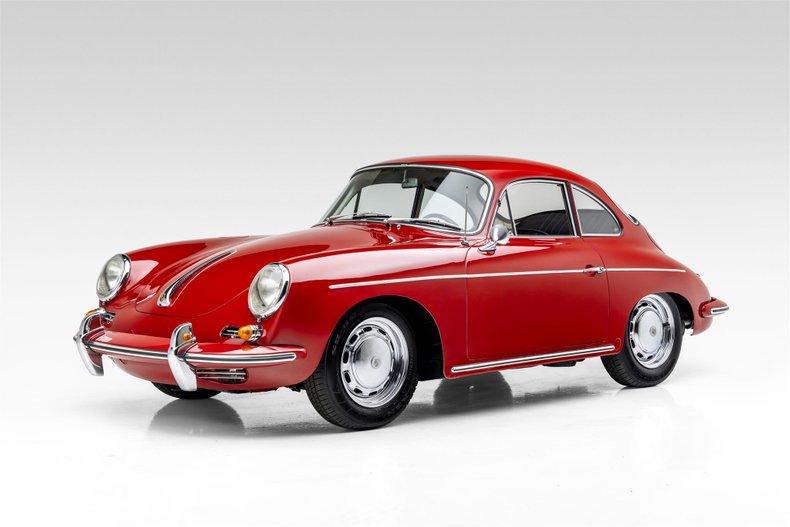 The 356C is the most sought-after of the final iteration of the 356, equipped with four-wheel disc brakes and the best shifting manual 4-speed transmission Type 741. Originally finished in Light Ivory (6404) over Black leatherette upholstery, the first owner was Mr. Wendell from New York, New York.

The paintwork is very nice with very good gaps and panel fit. No options were listed on the Porsche Kardex however it does have the optional aluminum side body molding. New rubber seals have been recently installed and brightwork is in original condition. The upholstery is in very good condition with charcoal German square weave carpets, leatherette front seats, a VDM steering wheel with a deluxe horn ring, and VDO instrumentation. The undercarriage is original and exceptionally straight with no signs of rust. The 4.5” x 15” chrome wheels are fitted to Nexen SB-802 tires.

History
The 356 was a lightweight and nimble-handling rear-engine rear-wheel-drive 2-door sports car available in hardtop coupé and open configurations. Engineering innovations continued during the years of manufacture, contributing to its motorsport's success and popularity. However, when the T6 got disc brakes in 1964, with no other visible alterations, they called it the model C, or the SC when it had the optional extra powerful engine. The last revision of the 356 was the 356C introduced for the 1964 model year. It featured disc brakes all around, as well as an option for the most powerful pushrod engine Porsche, had ever produced; the 95-horsepower "SC"