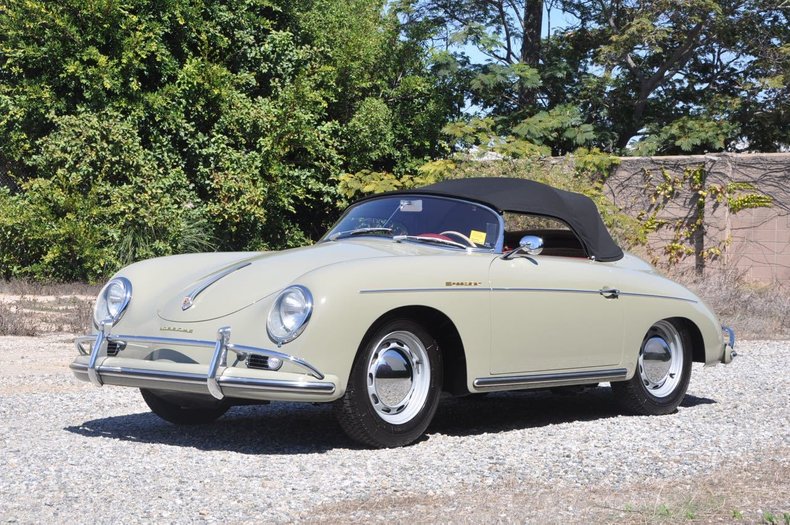 European Collectibles did an exquisite restoration on this 1957 Speedster over a 24-month period from 2013 to 2015. During the restoration this 356 was completely disassembled so that every aspect could be properly addressed. Everything has been rebuilt including the 1600cc engine, 644 manual 4-speed transmission and drum brake system. Offered with tools, books, side curtains, boot cover and Certificate of Authenticity from Porsche confirming matching decks, doors and drive-line. Truly one of the best 1957 Speedsters that you will find with no issues. Everything has been restored; finished in a beautiful period correct color combination and it is a dream to drive!

The Speedster holds a special place in Porsche history, not only as a sales success but also as an icon of minimalist automotive design. It remains a beloved vehicle today, and a well-restored and properly maintained Speedster, such as this example, is on the wish list of nearly every car enthusiast the world over. This status has also contributed to a meteoric rise in desirability for these cars, as they lead the charge for all 356s and 911s that are gaining momentum in the market place. Simply put, no important collection would be complete without a proper Speedster, as it is an equal in automotive design and history as the California Spider and 300 SL, but it further benefits from practicality and ease of use, which make it as perfect for running errands as handling twisty mountain roads. Motoring enthusiasts new to the classic car world are well served to acquire a “blue chip” Porsche such as this.