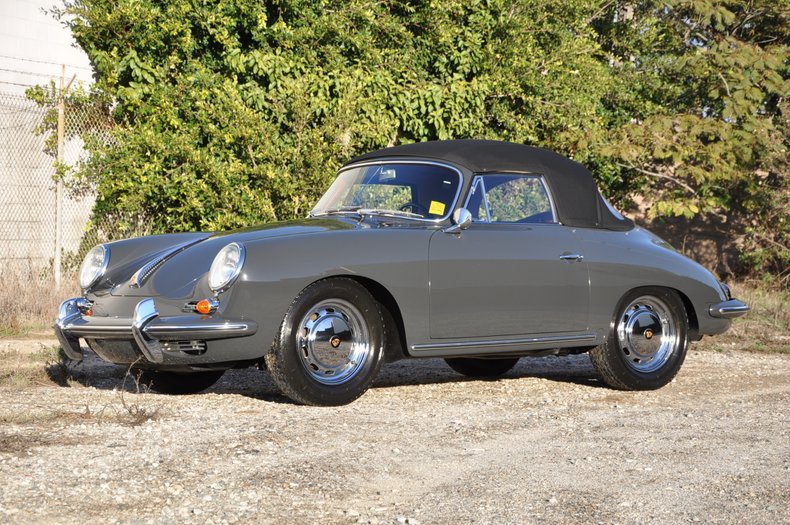 The SC Cab had to be special ordered directly from Porsche or from your local Porsche dealer. It was a premium in 1964 and was close to $6,000. Approximately 1,200 SC Cabs were built in 1964 to 1965 making this 356 a very desirable model/year.
All matching numbers and finished in its original factory color (Slate Grey) per the Certificate of Authenticity.

European Collectibles did an exquisite restoration on this 1964 356SC Cabriolet over a 24-month period from 2014 to 2016. During the restoration this 356 was completely disassembled so that every aspect could be properly addressed. Everything has been rebuilt including the 1600cc engine, manual 4-speed transmission and disc brake system. Offered with tools, books, boot cover and Certificate of Authenticity from Porsche confirming matching decks, doors and drive-line. Everything has been restored; finished in a beautiful period correct color combination and it is a dream to drive!