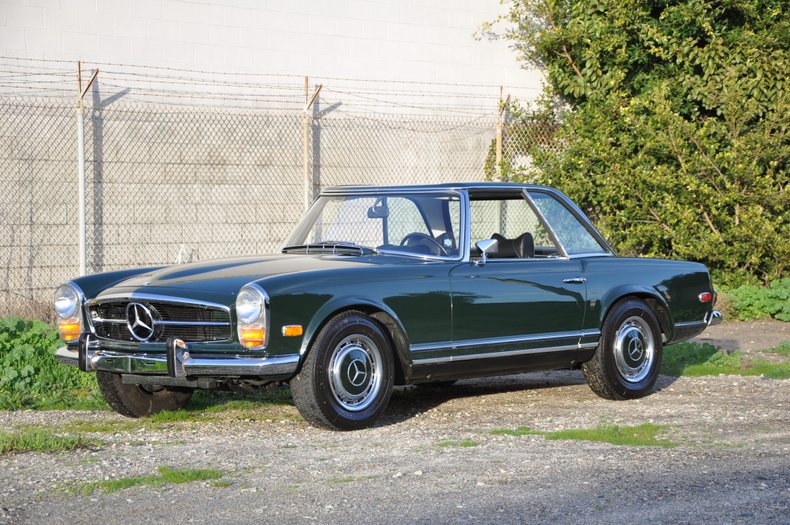 One owner until 2014, Delta Airlines polite purchased this 280SL new after a promotion. It is extremely well documented with every book from new and stamps in the book for every mile driven. The paint has been redone and it is a exquisite restoration. Truly one of the best driving 280SL Roadsters that you will find and it is sorted with no issues. Finished in a beautiful period correct original color combination with its original interior. Truly a dream to drive!