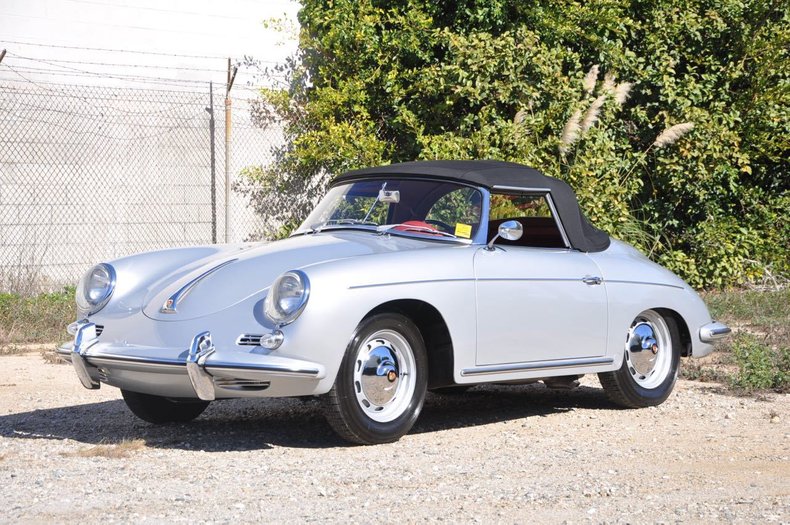 • Fewer than 300 miles since a mechanical restoration

This very attractive 356 B 1600 Super Roadster by Drauz left the factory on December 15, 1959, wearing Silbermetallik paint (6006) and trimmed and upholstered in Dark Blue Leatherette. According to its Certificate of Authenticity, it carried only a few factory options, such as reclining driver and passenger seats and Phoenix tires. Its chassis number places it just about halfway through the run of 560 T5 Roadsters built for the 1960 model year, and its original Type 616/2 engine, which could develop 75 brake horsepower at 5,000 rpm, was the ninth from last manufactured in the 1959 calendar year.

Roadsters of all years have become highly collectible, and high-quality examples such as this come to market infrequently. This handsome 356 Roadster is perfect for club shows or enjoyable top-down weekend touring. It is accompanied by a Certificate of Authenticity.