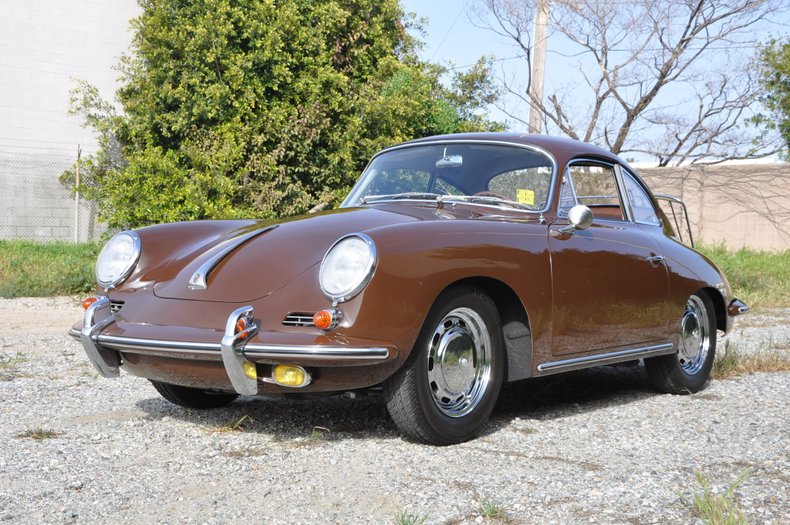 History
The last revision of the 356 was the 356 C introduced for the 1964 model year. It featured disc brakes all round. The company continued to sell the 356 C in North America through 1965 as demand for the model remained quite strong in the early days of the heavier and more "civilized" 911.

1965 Porsche 356C Coupe
Originally sold at Ricketts Porsche Volkswagen in Long Beach, California. Locally owned from 1965 until 2000 and then moved to Arizona. This 356 was sold back to California and the third owner has really enjoyed her. Beautifully restored! Painted in special order Togo Brown with a lovely combination of the Fawn interior. This is a solid, very late production 356. Ready to take you where you're going!