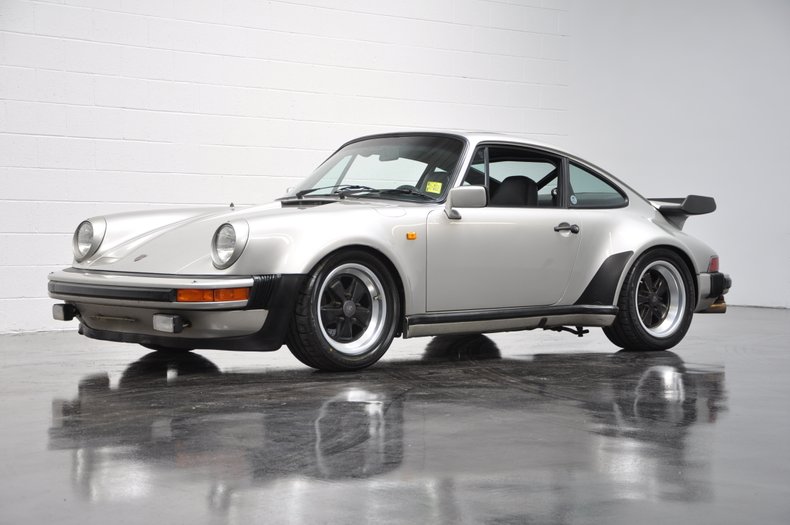 This is a European Version 3.3-liter Turbo with upgraded Turbo and Inter-cooler. The engine has been resealed and it has been well serviced and maintained. Excellent driver with one repaint in original color (Zinn Metallic) with an original interior. Matching engine, rust free, turn key driver. Clear title, registered in New Mexico.

Porsche made its first and most significant changes to the 930 for 1978, enlarging the engine to 3.3 litres and adding an air-to-air intercooler. By cooling the pressurized air charge, the intercooler helped increase power to 300 hp (DIN); the rear 'whale tail' spoiler was re-profiled and raised slightly to make room for the intercooler. Porsche also upgraded the brakes to units similar to those used on the 917 racecar. While the increase in displacement and addition of an intercooler increased power output and torque, these changes also increased the weight of the vehicle, especially to the engine, which contributed to a substantial change in the handling and character of the car when compared to the earlier 3.0 litre models.

Changing emissions regulations in Japan and the U.S. forced Porsche to withdraw the 930 from those markets in 1980. It remained, however, available in Canada. Believing the luxurious 928 gran turismo would eventually replace the 911 as the top of the Porsche line, Fuhrmann cut back spending on the model, and it was not until his resignation that the company finally committed the financing to re-regulate the car.

The 930 remained available in Europe, and for 1983 a 330 PS (243 kW; 325 hp) performance option became available on a build-to-order basis from Porsche. With the add-on came a four-pipe exhaust system and an additional oil-cooler requiring a remodelled front spoiler and units bearing the add-on often featured additional ventilation holes in the rear fenders and modified rockers.

It was in 1984 that Porsche produced the fastest of the 930 Turbos with a 0-60 mph time of 4.6 seconds with a top speed of 278 km/h. By the 1985 model year, 928 sales had risen slightly, but the question remained as to whether it would supersede the 911 as the company's premier model. Porsche re-introduced the 930 to the Japanese and U.S. markets in 1986 with an emission-controlled engine producing 282 PS (207 kW; 278 hp). At the same time Porsche introduced targa and cabriolet variants, both of which proved popular.