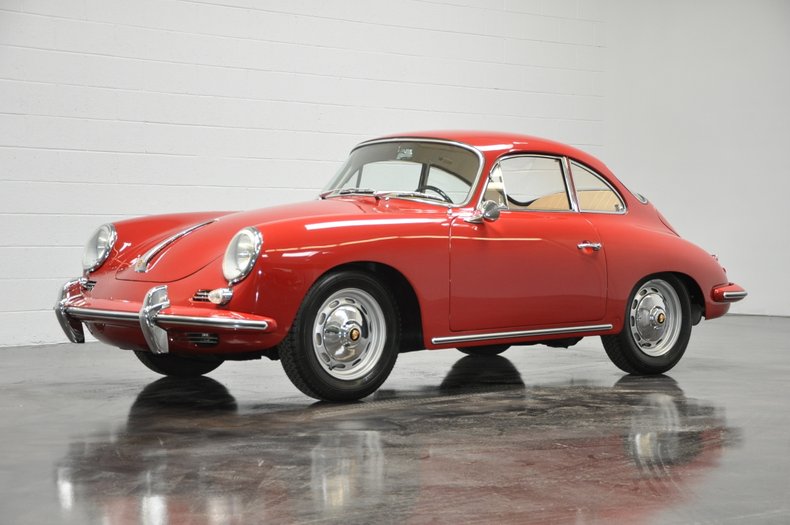 The current owner this 356 has owned it since July of 2004. He drove the car regularly and in 2015 got in a minor fender bender and he decided that it was time for a full restoration. This restoration is well documented with photos and receipts to back up the expense borne.

The engine was totally rebuilt by Porsche 356 specialist, Larry Markham.
The case was line-bored. A new set of piston/cylinders of oversize, 1720 c.c. along with a 912 camshaft was utilized. The engine, flywheel and the clutch assembly were all balanced. The Zenith carburetors were totally rebuilt to the manufacturers specifications. Although a Normal 1600, it is now very close to Super 90 in specs and output and you can feel it when you squeeze the throttle.

At the same time, the transmission was totally rebuilt by Jacques Le Friant of Scott's Porsche Motors in San Diego. It incorporates all new bearings and synchros.

The body was stripped to bare metal, glass-out condition in 2016, the two rust spots ahead of the door leading edges on the fenders were cut out and new sheet metal was grafted accordingly. There was no evidence of a prior collision or accident. The body was then painted in the original Ruby Red, color #6202. At this time all new rubber trim and new glass were installed. The headlights and tail lights are LED.

The interior is of mixed leather and leatherette material of sand in color, all in great condition. The carpeting is of German square weave in oatmeal color. The radio and all the instrument gauges were totally restored by Palo Alto Speedometer in the late 2016 and the dash is in its original paint and patina.

This is one of the nicest 356 B Coupe's we've ever had. It is fully numbers matched and well sorted. It needs nothing be an enthusiastic new owner to be the next steward of this great little car.