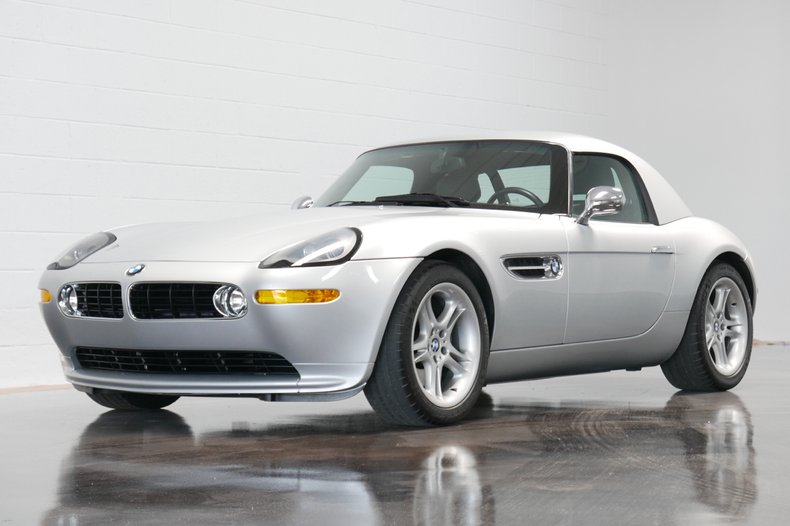 This stunning BMW Z8 was built in January 2001 and finished in Titanium Silver Metallic (code 354) with a black leather interior. The original MSRP was $130,745. It was shipped to BMW Cleveland in Solon, Ohio where it was sold to its original owner on February 23, 2001. The first owner, a resident of Aurora, Ohio retained the car from February 2001 until March 2016. During his ownership, this Z8 saw regular trips to the dealer for service and some warranty items relating to the windshield and soft top. All receipts for the work performed are on file and will accompany the car when it changes hands. In March 2016 when the car was being sold by the original owner to the present owner, it was sent to BMW Cleveland for a full evaluation and service. During the inspection it was determined that the valve cover gaskets were leaking. They were replaced an all other service items were addressed. The receipt for that work was $2,657.08. Additionally, new Michelin tires were fitted and they are not the dreaded run-flats that were causing customers to complain of a rough ride back when the cars were new. This is a very low-mileage example with an equally short list of owners. It is excellent condition throughout. It is complete with both tops, two keys, a hardtop stand and car cover. The stereo head unit has been upgraded, but the original will accompany the car and can be switched prior to shipping should that be your preference.