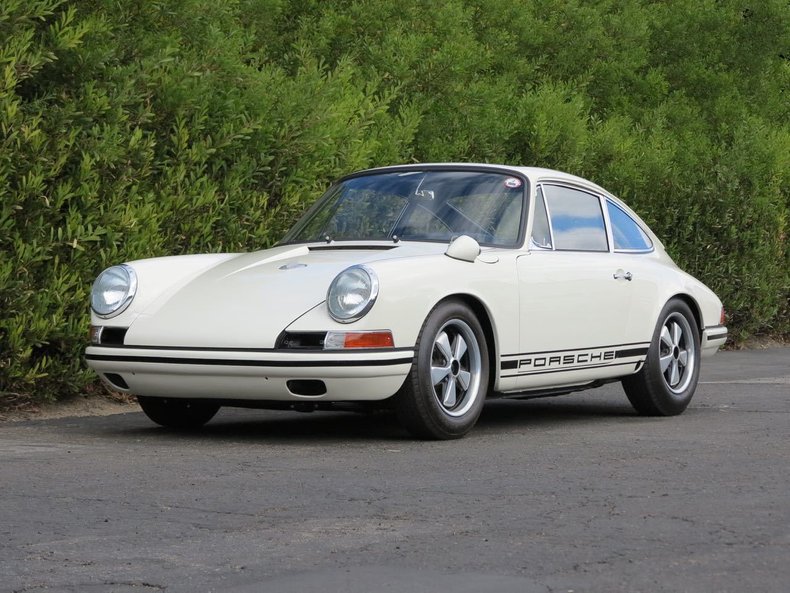 This 911 began life in the Porsche factory in 1966 when it was issued a prototype (Werks - racing department) serial number, 13433, and built with 911R rear flares and a sunroof. The body shell, without sound proofing or paint was then delivered to the service department (Versant/TA) where it was used until 1968 to training mechanics and testing the installation of components. Once the 911 transitioned from short to long wheelbase, the body shell was no longer needed and was released from duty.

In the early 2000s it was discovered on the west coast by a well-known Porsche serial number detective who had been searching for cars with unique VINs. The car was inspected and determined to have its original factory installed R model flares and other features that matched the records supplied by Jurgen Barth. It was purchased and moved to New York where a full nut and bolt restoration to concours standards was performed by Dave Hammer of Werks 1 (Sea Cliff, Long Island). Since the 911s life within the Porsche factory spanned from 1966 to 1968, it has a combination of racing parts from that time period. The engine is a 1968 2.0L aluminum case with 906 cams and Weber carburetors. The driver sits in an authentic elephant hide-covered 911R seat and the passenger gets one from a 906. The rest of the interior is bare except for racing harnesses. A 911R fuel tank with external filler is up front. Upon completion in 2012, this 911 was invited to Rennsport Reunion (October 2011) where it shown, driven on the track and received an award. In 2013, it was shown at the Amelia Island Concours where it was well-received and transferred to a new owner. Today, it is on the button and still fresh from restoration with just over 200 miles since completion. It is mechanically fit and ready for road or concours use.

Please call 949-548-7900 for more information or to request copies of the internal factory documents that confirm this rare 911s history.