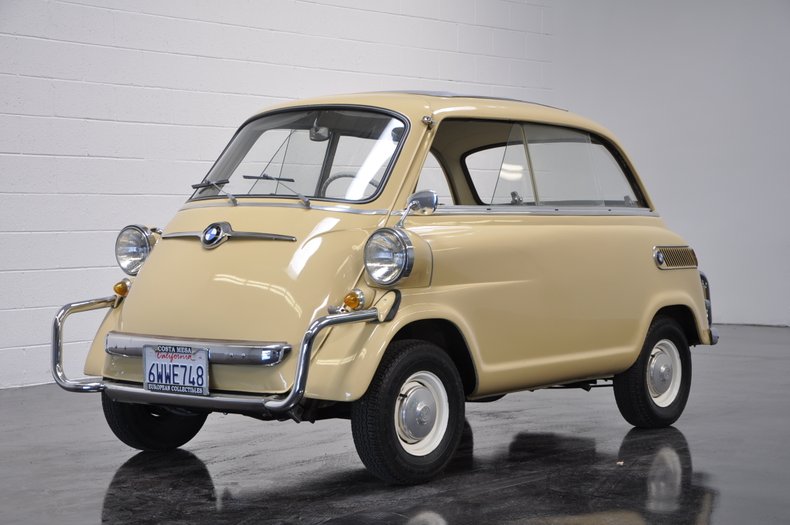 BMW needed to expand its model range, but they did not have the resources to develop an all-new car with an all-new engine. Therefore, it used the Isetta as starting point for a new four seat economy car.

As a result, the 600 used the front suspension and front door of the Isetta. The need to carry four people required a longer frame, a different rear suspension, and a larger engine. A new perimeter frame was designed, using box section side members and straight tube crossmembers. The rear suspension was an independent semi trailing arm design; this was the first time BMW had used this system. The chassis had a wheelbase of 1,700 millimetres (67 in), a front track of 1,220 millimetres (48 in), and a rear track of 1,160 millimetres (46 in).

The 600 was powered by the 582 cc (35.5 cu in) flat-twin engine from the R67 motorcycle/sidecar combination. This engine, which delivered 19.5 horsepower (14.5 kW) at 4,500 revolutions per minute, was mounted behind the rear wheels. A four-speed manual gearbox was standard, while a Saxomat semi-automatic transmission was available. The 600 had a top speed of approximately 100 km/h. Access to the rear seats was by a conventional door on the right side of the vehicle.

The 600 played a direct role in the design of its successor, the BMW 700. Wolfgang Denzel, the distributor of BMW cars in Austria, commissioned Giovanni Michelotti to prepare concept sketches based on a lengthened BMW 600 chassis. Denzel presented the concept, a 2-door coupe with a slanted roof, to BMW's management. The concept was generally well received, but objections were raised about the limited passenger space. BMW decided to produce two versions, the coupe, and a 2-door sedan with a taller, longer roof.