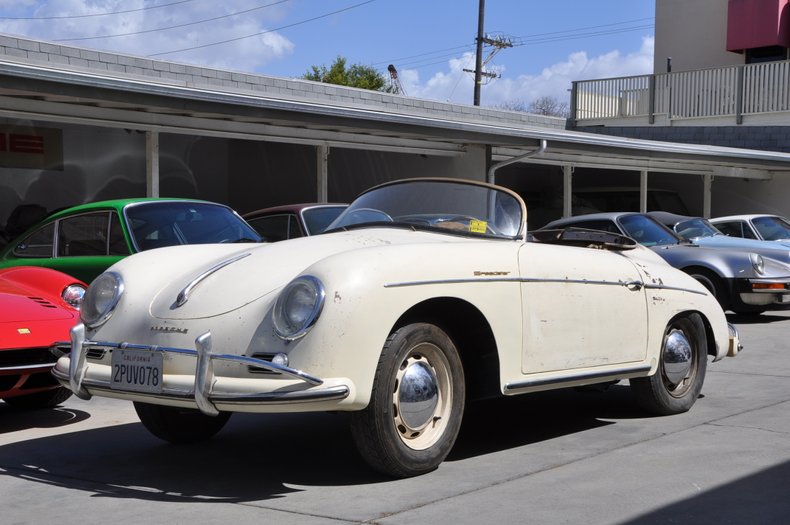 VIN 84169 was completed November 26, 1957 for 1958-year model and imported by Max Hoffman of Hoffman Auto Showroom in New York City. Speedster 84169 was original delivered in Ivory (Code 5704) with Red interior (Code A) from Porsche. Options were sealed beam headlights, coupe seats and USA bumpers. This is a straight, rust free Speedster with good panel fit. The floor pans and longitunials have been replaced and installed correctly. The 644 manual 4-speed transmission is original (17260) with a correct 1958 series 1600cc engine (68543). This Speedster has been stored for the past 25 years and is an excellent project that is ready for a complete concours restoration. Rare to find a 1958 T-2 restoration project!

One of the most desirable collector models is the 356 "Speedster", introduced in late 1954 after Max Hoffman advised the company that a lower-cost, somewhat spartan open-top version could sell well in the American market. With its low, raked windscreen (which could be removed for weekend racing), bucket seats and minimal folding top, the Speedster was an instant hit, especially in Southern California.