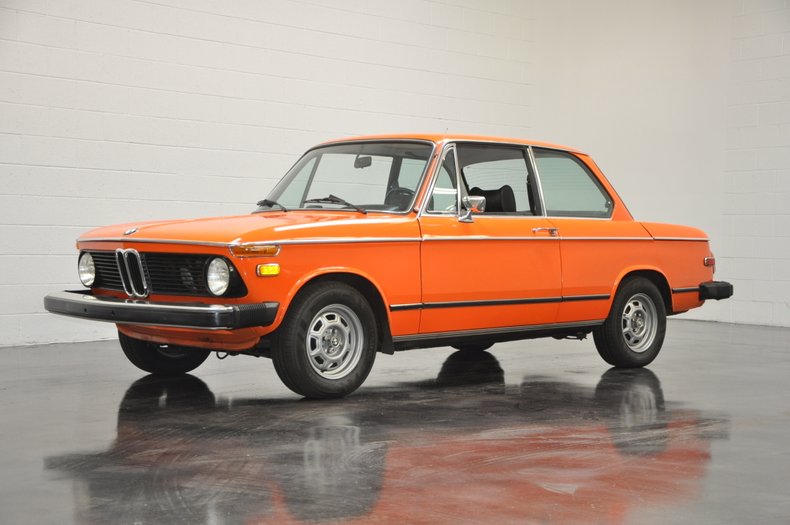 An amazing example of a very original 2002 that is in amazing condition. Three owners, the 1st owner purchased the car new and took delivery in Munich at the factory and kept the BMW until 2013 with only 50,000 miles traveled. Mostly original paint & a beautiful original interior. Stunning example considering the age of 43 years but has been well cared for. Upgraded to a Webber carburetor but includes the original Solex carburetor and air cleaner. Complete with spare rim, tools and owners manual. Solid and rust free and in excellent mechanical condition. It is impossible to find a BMW 2002 in this condition!

The well-loved and highly successful 2.0-liter version of BMW's smaller sedan, unchanged in dimension or basic appearances from the original 1600. Offered variously in three different stages of engine tune, not all of which were available in the US because of then-current emissions regulations. Carbureted standard and ti models were offered through 1974, the fuel-injected tii beginning for 1972. The mainstay of BMW's American and European lineups in three years and remarkably little change. Quite fast 110 mph standard 120 mph tii in European trim – for such a practical design that included full four-seat capacity, a roomy trunk, well-chosen driving stance and great outward visibility. Yet it could be the socks off of many and so-called sports cars in handling. Replaced by the more refined more expensive 3-series based on a similar mechanicals and suspension, but to many BMW fans the 2002 is the best car ever to come from Munich.