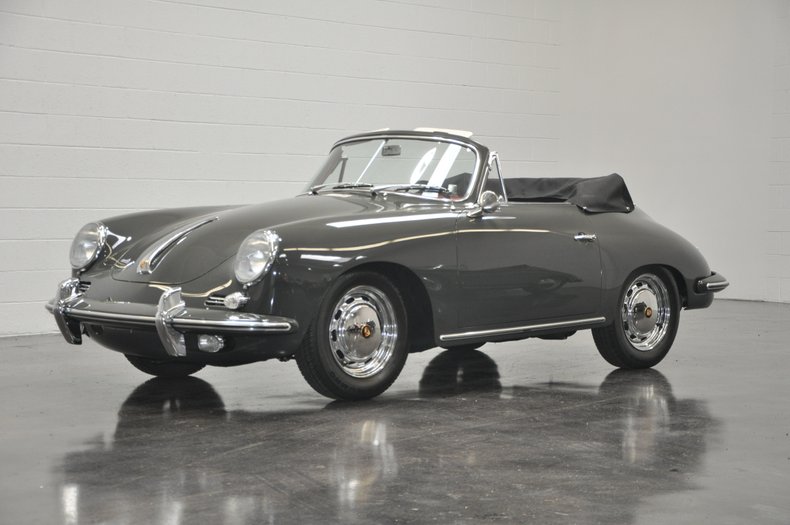 European Collectibles did an exquisite restoration for one of our clients on this 1964 356C Cabriolet over a 20-month period from 2012 to 2014. During the restoration, this 356 was completely disassembled so that every aspect could be properly addressed. Everything has been rebuilt & restored including the 1600cc engine, manual 4-speed transmission, and disc brake system. Offered with tools, owners manual, boot cover and Certificate of Authenticity from Porsche confirming matching decks, doors and drive-line. Finished in a beautiful period correct color combination Slate Grey/Red. The 356 C is truly one of the BEST 356s to drive. If you have been looking for an open 356 this would be a great one to own.

The last revision of the 356 was the 356 C introduced September of 1963 for the 1964 model year. It featured disc brakes all around, as well as an option for the most powerful pushrod engine Porsche had ever produced, the 95 hp (71 kW) "SC". Production of the 356 peaked in 1964. The company continued to sell the 356 C in North America through 1965, as demand for the model remained quite strong in the early days of the heavier and more "civilized" 911. The last ten 356s (cabriolets) were assembled for the Dutch police force in March 1966 as 1965 models.