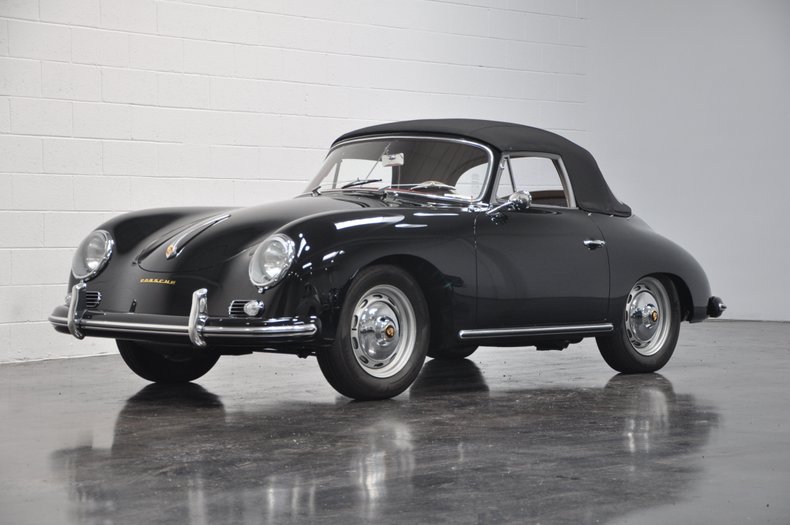 European Collectibles did an exquisite restoration on this 1958 356A SUPER Cabriolet over a 24-month period from 2016 to 2018. During the restoration, this 356 was completely disassembled so that every aspect could be properly addressed. Everything has been rebuilt including the 1600cc engine, 644 manual 4-speed transmission, and drum brake system. Offered with tools, books, boot cover and Certificate of Authenticity from Porsche confirming matching decks, doors and drive-line. Truly one of the best 1958 Cabriolets that you will find with no issues. Everything has been restored including engine, transmission, brakes, chrome, paint undercarriage and interior. Finished in a beautiful period correct color combination. I true dream to drive!

Porsche has the Speedster to thank for their success in the United States. But there was the luxury version was called the 356A Convertible available for nearly $1,000 more, which included a padded headliner, reclining front seats, rear seat bench, clock, glove box, the cigarette lighter, dash light, side vent windows & roll-up windows