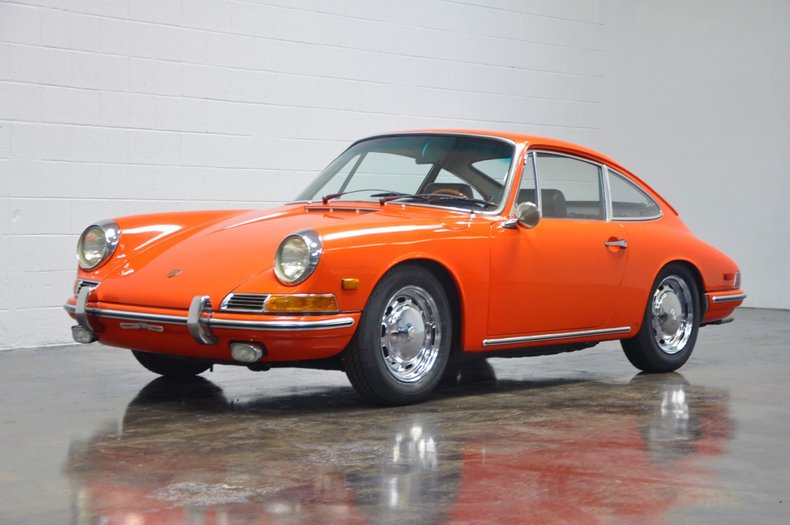 ALL ORIGINAL EXAMPLE WITH LOW MILES

Four (4) owners with history and service invoices documenting miles, and Porsche maintenance book showing original delivery. Maintenance book shows the first owner took delivered in Denver, Colorado on June 10, 1968. The second owner, a California resident, purchased the vehicle on October 7, 1968. In 1971, the third owner purchased this 912 also a So-Cal resident. In this 43 year span, the third owner kept extensive records dating back to 1971. In 1983 the engine went through a rebuild which was completed by Automation. Highlights from the engine rebuild include: NPR 1720 Big Bore Kit, Solex Carburetors (rebuilt by 356 Carb Rescue) and 022 Distributor

This 1968 912 Coupe is ALL original including mostly original paint and interior finished in Tangerine/Black. The paint quality is exceptional. The interior is all original as well including dash, carpets, headliner, seats and one year only '68 door panels that are in perfect condition. Equipped with 5 gauge dash, 5-speed manual 901 transmission, and original steering wheel. Mechanically, it is an excellent driving 912 with documented low miles. Truly one of the BEST 912's that we have ever offered!