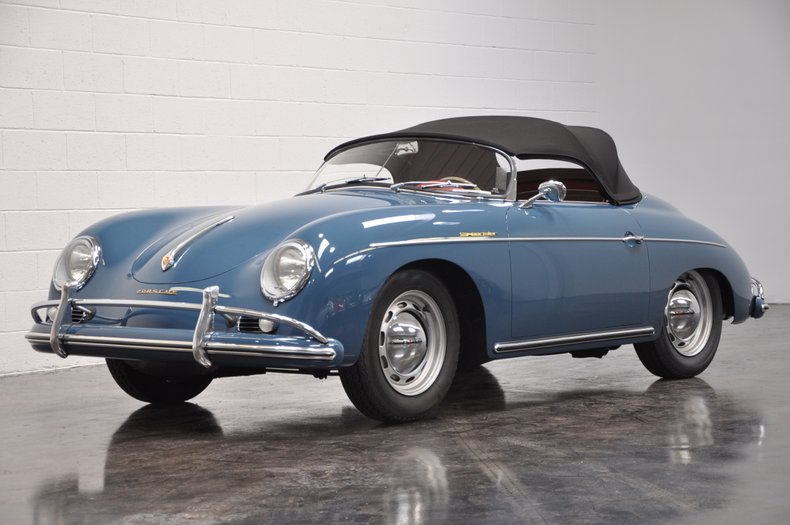 European Collectibles did an exquisite restoration on this 1958 Speedster over a 20-month period from 2016 to 2018. During the restoration, this 356 was completely disassembled so that every aspect could be properly addressed. The 356 was stripped down to the bare shell and it had minimal rust. The body and panels are original and still retain their correct stampings/numbers. All panels were pre-fit with bumpers, overrider bars, windshield frame and soft top to ensure the absolute best result. The complete driveline was rebuilt, engine, transmission, suspension, braking system, wire harness, and fuel system. All the chrome is triple plated, all the components were restored or replaced. No color was listed on the Certificate of Authenticity or Kardex so the car was painted in a beautifully original color of Aqua Marine Blue with Red interior. Absolutely superb in every way, this 356A Speedster is ready for immediate road or concours use. Complete with tools, books, side curtains, boot cover and Kardex & photo documentation of the restoration. Truly one of the best 1958 Speedsters that you will find with no issues.