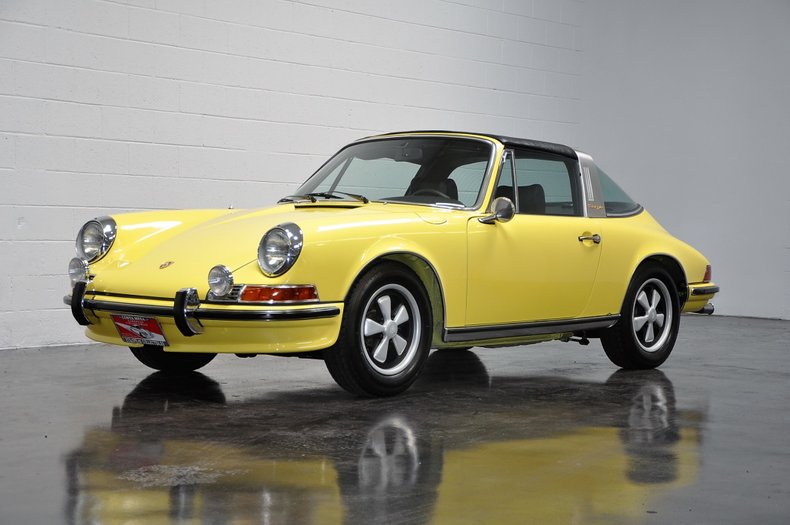 There was a steady improvement that Porsche imparted on its highest-performance sports car in the late 1960s and early 1970s. The wheelbase of the 911 had been extended by some 2.5 inches in 1969, providing better balance and handling, and with its engine output now increased to a potent 180 horsepower, thanks to larger valves and better breathing, a larger 225-millimeter clutch was required. Interior fittings were upgraded as well, with a new steering wheel lock and its instruments now mounted in rubber rings. Externally, new door handles a safer design replaced the earlier push-button type, and the cars were delivered with full factory undercoating for the first time. Stopping power was provided by 11.1-inch ventilated front and 11.4-inch ventilated rear disc brakes, which proved more than enough for a 2,400-pound car. It was also capable of accelerating 0 to 60 mph in just over seven seconds & reaching a top speed of 144 mph. Few cars of its day were capable of matching its exhilarating performance.