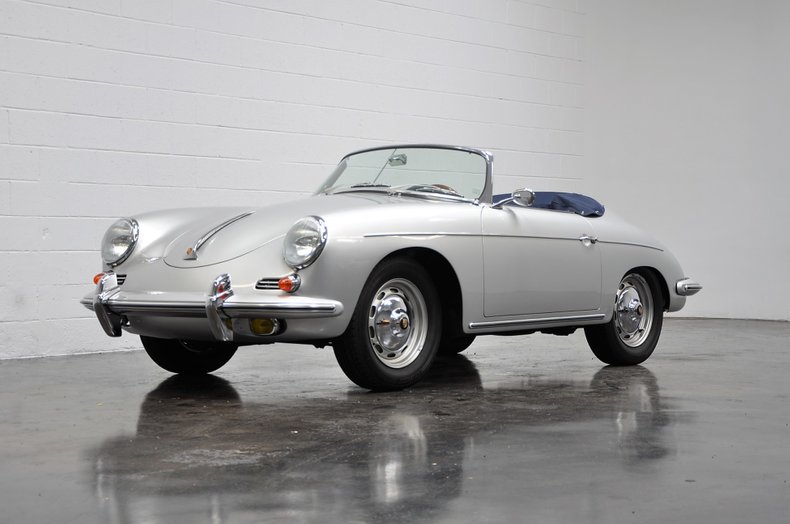 One of only 472 T5 Roadsters, which were produced by D'Ieteren Freres, in 1961 just before the Roadster was phased out in favor of the Cabriolets. This is an excellent running and driving 356 with a period correct Super-90 engine, matching 741 manual 4-speed transmission and four-wheel drum braking system. Beautiful cosmetic restoration with show quality silver metallic exterior, navy blue interior, gray German square weave carpets and a navy top and boot cover. Solid floor pans, very good gaps/panel fit with a very straight & solid body. Well maintained and cared for over the past 57 years of ownership! This 356 Roadster was recently driven from Los Angles to San Luis Obispo (400 miles round trip) and was shown with many other 356s. It won in Peoples Choice Award in its class at the 356 Porsche Club “North meets the South” event on April 28th, 2018.