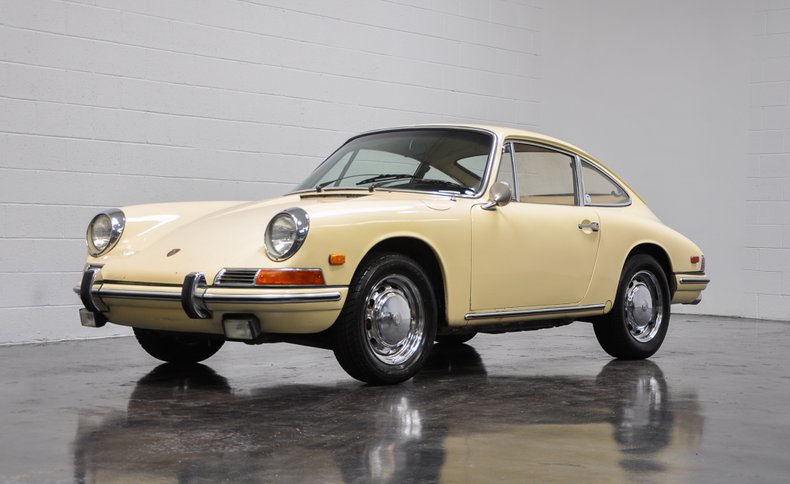 In 1968 Porsche updated the 912 with a unique interior featuring black and white gauges, a padded dash, and doors with integrated door pockets and armrests. This gave the 912 the same interior that the 911 enjoyed. Other 68 only features included side reflectors and for the first time, an exhaust emissions system that required an external belt driven pump.

Finished in Light Yellow with a cork leatherette interior. Very dry 912 with no major rust, excellent core 912 to drive as is or restore in the future. It is a turnkey driver, needing some TLC, which is extremely hard to find in this price range.

These 912's are the value play in the vintage Porsche market. They have the character of a late 356 and far more fun to drive on a curvy road than an early 911. If you have been looking for inexpensive 912 this is your opportunity!

As production of the 356 model concluded in late 1965, Porsche officially began production of the 912 coupé. Styling, performance, quality construction, reliability, and price made the 912 a very attractive buy to both new and old customers, and it substantially outsold the 911 during the first few years of production. Porsche produced nearly 30,000 912 coupé units and about 2,500 912 Targa body style units (Porsche's patented variation of a cabriolet) during a five-year manufacturing run. In January 1968, Porsche made available a Targa 'Version II' option ('hard window Targa') with fixed glass rear window, transforming the Targa into a coupé with a removable roof.