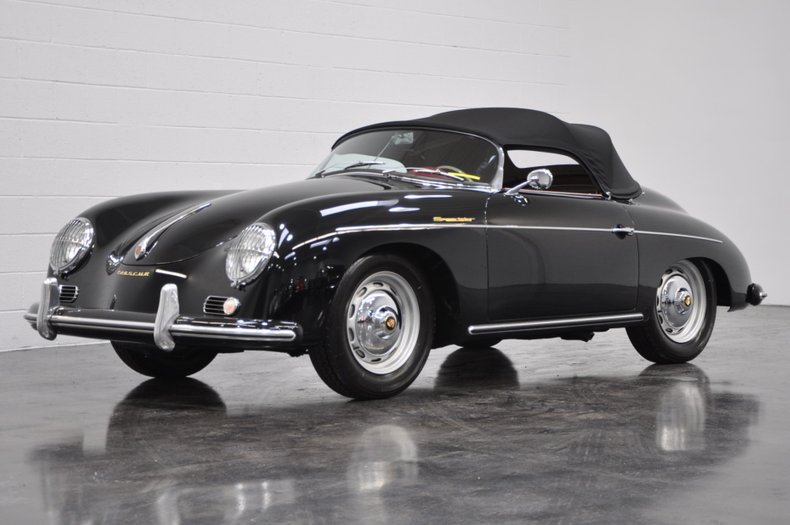 Hard to believe, this Speedster left the Porsche factory 61.5 years ago. Very desirable T1 beehive Speedster, numbers-matching 1600 S Speedster (Super Speedster) with Porsche Kardex & Certificate of Authenticity. Only 451 1600 Super Speedsters were built out of 4,577 from 1954 to 1959. Beautifully restored with perfect paint and a correct German interior. Finished in one of the best classic color combinations: Black with Red Wine interior, oatmeal carpets, black canvas boot & soft top. Fully detailed front trunk compartment, engine bay, suspension & undercarriage. Ready to show at your local concours or drive and enjoy on the weekends. It truly does not get much better than this 356!