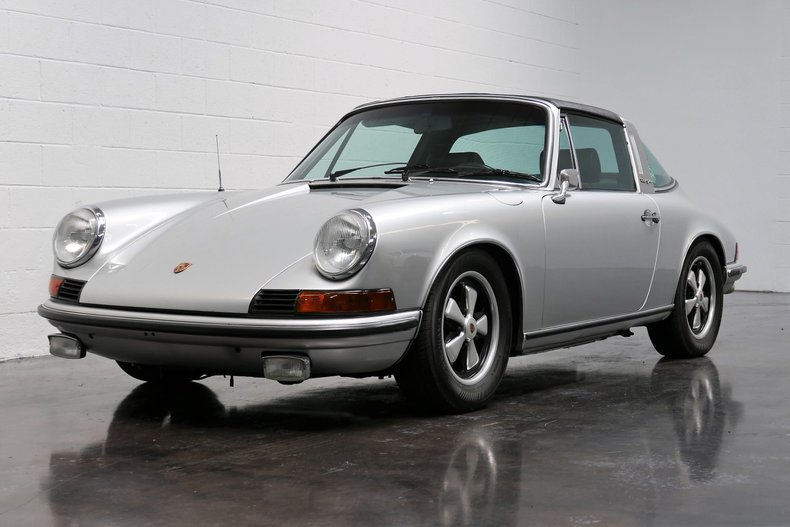 Five (5) owners, a true California 911 with full-service history since new in 1973. Very rare to find a great example such as this 911 with complete records, owners manual, tools, jack and 5th Fuch spare alloy wheel. The 2.4-liter engine has been rebuilt and has a huge amount of torque with over 140 horsepower, traditional 915 manual 5-speed transmission, and four wheels disc brakes. It is by far one of the most impressive CIS 911Ts that we have driven. Beautiful condition finished in Silver Metallic (paint code 8010) and a Black interior. All original floor pans and suspension. Options include Fuch alloy wheels, wheel moldings, Blaupunkt AM/FM radio, European headlights, fog lights & CoCo mats.

The 911E and 911S used mechanical fuel injection (MFI) in all markets. The 911T was carbureted, except in the US where it also used MFI, which accounts for the 7 kW (9 hp) power difference between the two. In January 1973, US 911Ts were switched to the new K-Jetronic CIS (Continuous Fuel Injection) system from Bosch, which Porsche used for the next 10 years on the 2.7L & 3.0L. These CIS-powered cars are usually referred to as "1973.5" models by enthusiasts. The CIS system in the 1973-1/2 was only available on the 911T Coupe and Targa, and all of those units were shipped to the USA. Total production was only 1,944.