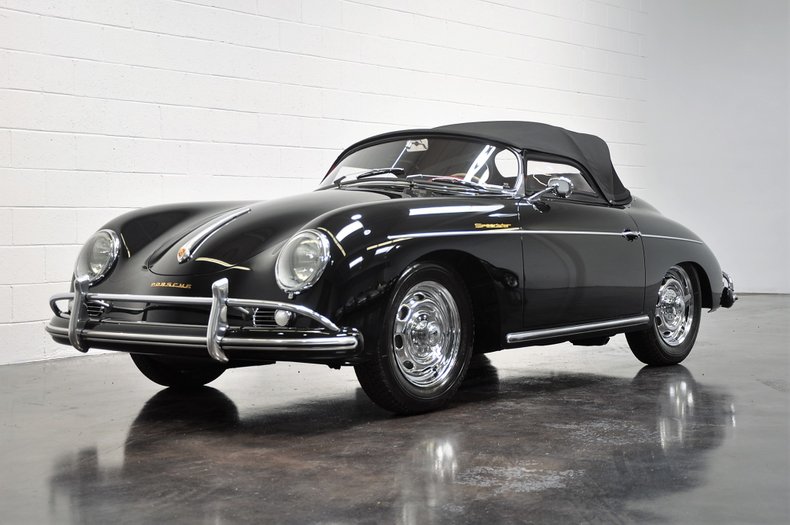 VIN 84371 was originally finished in classic Black with Red interior from the factory! Out of 4,145 Speedsters produced only 141 were special ordered in Black! It is also the first T2 Speedster built in 1958, only 23 were ordered in Black, out of only 551!

One owner until 2014 with the original sales invoice, financing paperwork and original title issued in 1960.

European Collectibles did a full concour restoration with no expense spared on this 1958 Speedster over a 20-month period from 2014 to 2016. During the restoration, this 356 was completely disassembled so that every aspect could be properly addressed. The 356 was stripped down to the bare tub and it had minimal rust. The body and panels are original and still retain their matching numbers. All panels were pre-fit with bumpers, windshield frame and top to ensure the absolute best result. The complete driveline was rebuilt, engine, transmission, suspension, braking system, new wire harness, and fuel system. All the chrome was triple plated, all the components are OEM or NOS. Absolutely superb in every way, this 356A Speedster is ready for immediate road or concour use. Complete with tools, books, side curtains, boot cover, Certificate of Authenticity from Porsche confirming all matching numbers & photo documentation of the restoration. Truly one of the best 1958 Speedsters that you will find with no issues.