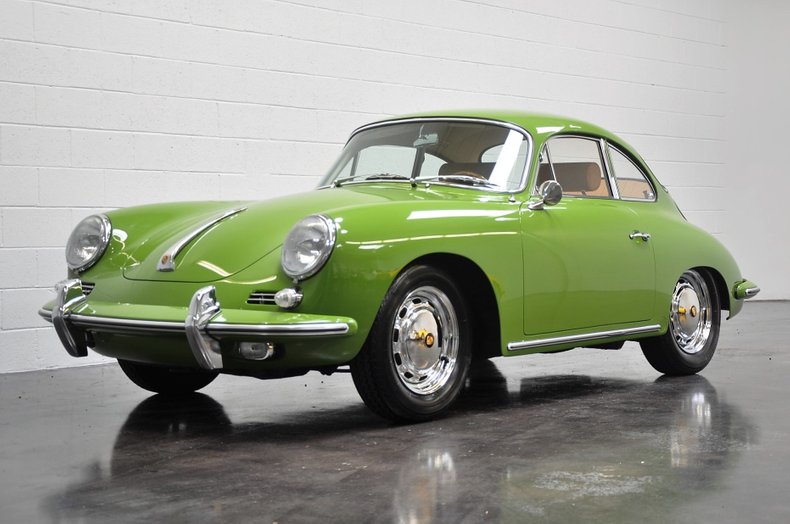 The 356 was a lightweight and nimble-handling rear-engine rear-wheel-drive 2-door sports car available in hardtop coupé and open configurations. Engineering innovations continued during the years of manufacture, contributing to its motorsports success and popularity. However, when the T6 got disc brakes in 1964, with no other visible alterations, they called it the model C, or the SC when it had the optional extra powerful engine. The last revision of the 356 was the 356C introduced for the 1964 model year. It featured disc brakes all round, as well as an option for the most powerful pushrod engine Porsche, had ever produced, the 95-horsepower (71 kW) "SC".