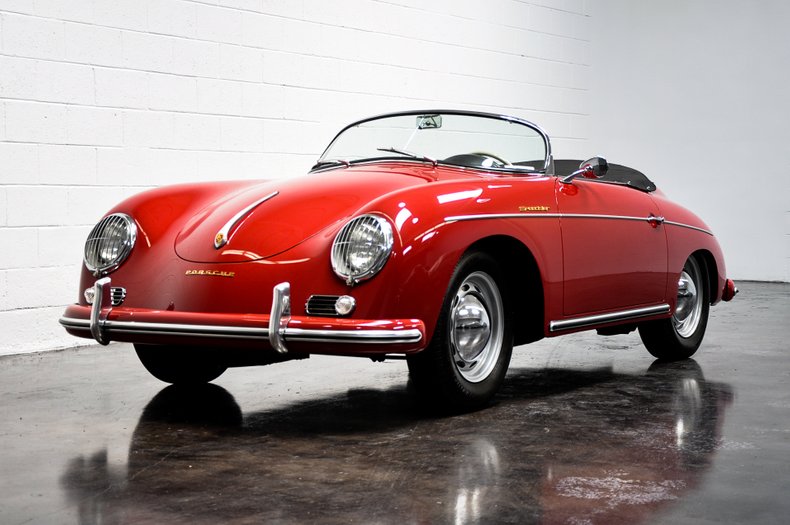 Purchased by European Collectibles Summer of 2004 after a high-quality restoration was performed by the previous restoration shop which included a complete dis-assembly of the car, body preparation to bare metal, show quality paint to Certificate of Authenticity finished in Ruby Red. The undercarriage, trunk, engine bay are all completely detailed to factory specifications. During re-assembly, all new rubber components, windshield, restored instruments, reupholstered seats, and soft top. All bright-work was re-plated, polished and reinstalled. The engine, transmission, steering, suspension, and brakes have all been rebuilt professionally and fully detailed.

We sold this wonderful Speedster to a local client, who showed at the Dana Point Concours the following month. Since selling this Speedster we have always been in close contact with the 356 and EC has performed minor enhancements and preservation work to keep the car in top condition.

All matching decks and doors along with the matching engine and transmission. 1600 Normal (60 horsepower), 644 manual 4-speed transmission and four-wheel drum brakes. Amazing condition finished in Red with a Black interior. Excellent 356 to drive! Offered with tools, jack, owner's manual, spare tire, side curtains, boot cover and Certificate of Authenticity from Porsche. Truly a great Speedster!