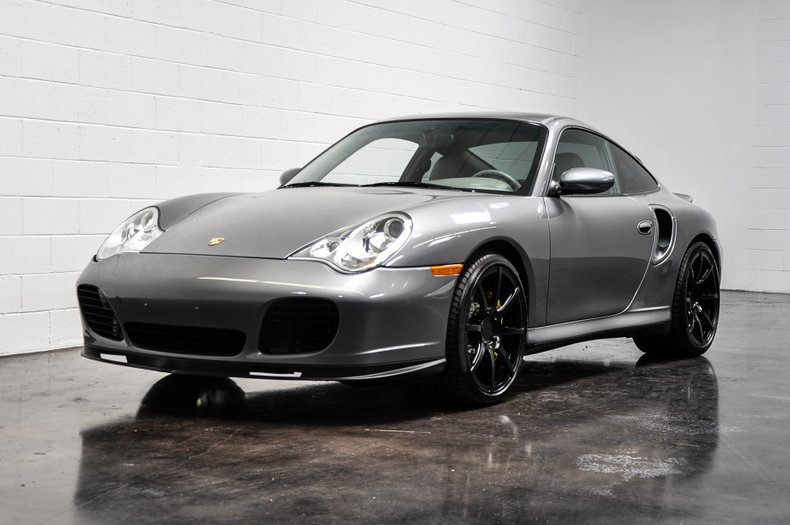 Low miles with only 4 owners. Originally shipped to the Albuquerque, New Mexico delivered on October 25, 2004, to the 1st owner who had this Turbo S for 10 years. The 2nd owner took delivery in January of 2013 in Las Vegas, Nevada with 21,717 miles. The 3rd owner was from Ogden, Utah and purchased in March of 2014 with 23,380 miles. The 4th owner purchased the Turbo S from the Porsche of Salt Lake City August of 2015 and has been in Newport Beach, California for the past 3 years. Serviced by Newport Auto Center – Newport Beach Porsche dealer.

The Type 996 introduced in 1999 represented two major changes for the venerable 911 lineage: a water-cooled flat-6 engine replaced the popular air-cooled engine used in the 911 for 34 years, and the body shell received its first major re-design. The 996 styling shared its front end with Porsche's mid-engine Boxster. Pinky Lai's work on the exterior won international design awards between 1997 and 2003.

In 2000, Porsche launched the Turbocharged version of the Type 996 for MY 2001. Like the GT3, the new Turbo engine was derived from the engine used in the 911 GT1 and, like its predecessor, featured twin-turbos and now developed 420 PS (309 kW; 414 hp). Also, like its predecessor, the new Turbo was only available with all-wheel drive. The styling was more individual than the previous generations of the Turbo. Along with the traditional wider rear wing, the 996 Turbo had different front lights and bumpers when compared to the Carrera and Carrera 4. The rear bumper had air vents reminiscent of those on the Porsche 959 and there were large vents on the front bumper.