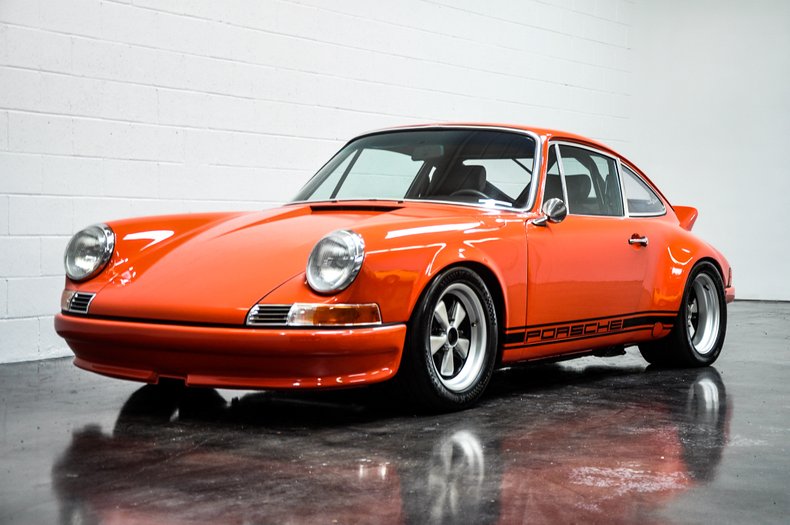 An incredible build by KMW Motorsports to ST/RS Spec in 2009 to 2011
Lightweight 911 build on a non-sunroof 911T; steel ST rear fenders were imported from Europe, S front spoiler, ducktail, Hooster Tires P275/35ZR15 & P205/50ZR15. Rollbar, front strut support, European headlights. No expense was spared. Built for the street with no track time. If you have been looking for a 911 R Group weekend 911 look no further!