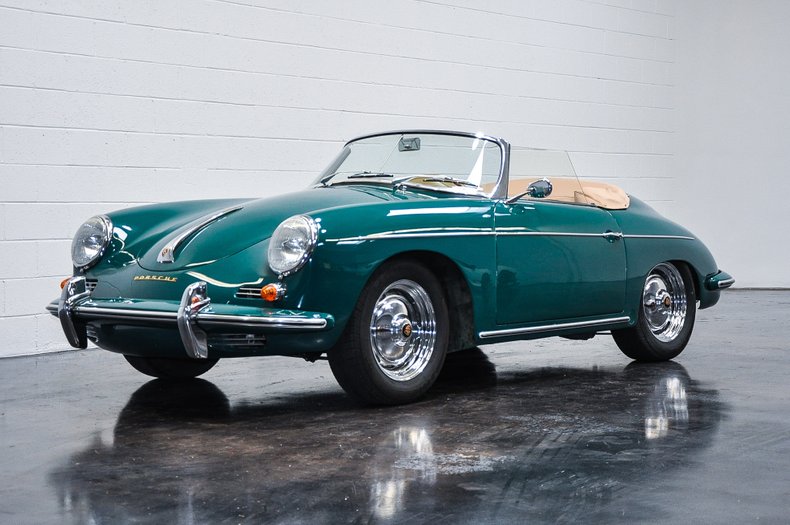 Roadsters of all years have become highly collectible, and high-quality examples such as this come to market infrequently. This 356 Roadster is perfect for club shows or enjoyable top-down weekend touring. Complete with owners manual, Certificate of Authenticity, wood steering wheel, reclining seat brackets, and seatbelts.