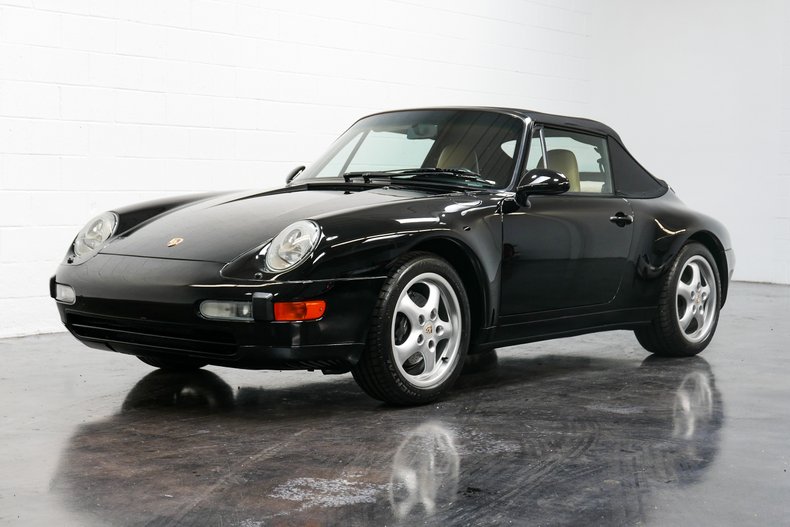 The Porsche 993 is the internal designation for the Porsche 911 model manufactured and sold between January 1994 and early 1998 (model years 1995–1998 in the United States), replacing the 964. Its discontinuation marked the end of air-cooled Porsches, with the 993 being the last air-cooled 911.

The 993 was much improved over, and quite different from its predecessor. According to Porsche, every part of the car was designed from the ground up, including the engine and only 20% of its parts were carried over from the previous generation. Porsche refers to the 993 as "a significant advance, not just from a technical, but also a visual perspective." Porsche's engineers devised a new light-alloy subframe with coil and wishbone suspension (an all-new multi-link system), putting behind the previous lift-off oversteer and making significant progress with the engine and handling, creating a more civilized car overall providing an improved driving experience. The 993 was also the first 911 to receive a six-speed transmission.

The 993 had several variants, as its predecessors, varying in body style, engines, drivetrains, and included equipment. Power was increased by the addition of the VarioRam system, which added additional power, particularly in the mid-range, and also resulted in a more throttle noise at higher revs; as a consequence, resulted in a 15% increase in power over its predecessor.

The 993 generation of the 911 is often referred to as the best and most desirable of the 911 series, not only because of its beauty but also because of its great performance, even by modern standards. The 993 is quoted as "the last complete 'modern classic'"; "the 993 was and forever will be that last fresh breath of air that Porsche gave the world; elegance and muscle all in one package." The book "Porsche 993 - Essential Companion" refers to the 993 as the "King of Porsche," and it is generally acknowledged as "The purists' Holy Grail."

In its April 12, 2017 article entitled "The Porsche 993 Actually Lives up to the Hype," Road & Track writes that the 993 is "something truly special," with "a combination of old-school feel and modern usability that isn't found in many other cars," with "great steering, great brakes, and a wonderfully composed package." It also states that "The 993 is also beautifully built -- it's a relic from the time when Porsche didn't cut corners anywhere.