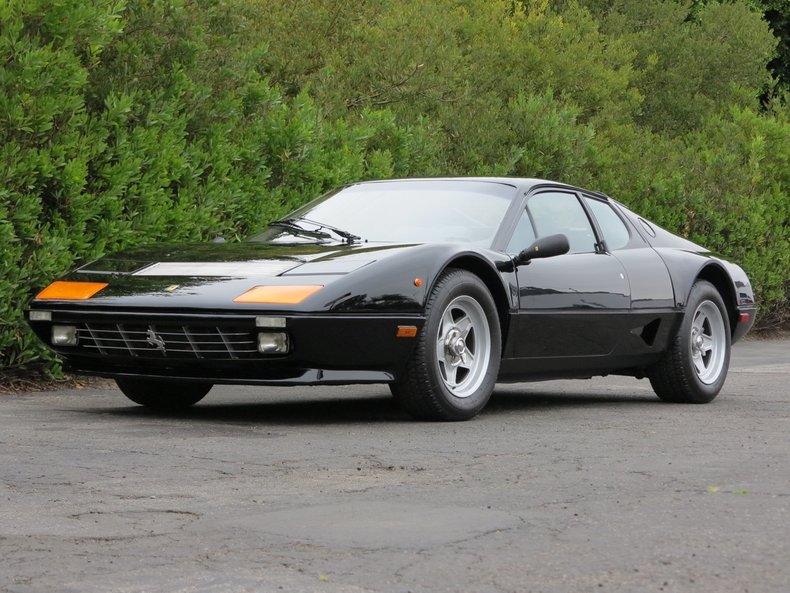 Among the final run of 512BBi's built, this car was shipped from Maranello directly to authorized Ferrari dealership Steven Kessler Motor Cars of New York City on April 3rd, 1984. The Ferrari was homologated to US-spec and approved by the EPA and DOT before being sold to its first owner, Michael Sherman of Brookly, New York, who had ordered this very rare and aggressive color combination of black on black. The second owner of the car was one Robert Hufferman Jr. from Mooresville, North Carolina who kept the Ferrari until 2002 when it found its way to the garage of Ferrari collector Eugene Hammer of Savannah, Georgia on December 16th, 2002. During Hammer's ownership, records show a 15,000 mile major service that included replacing the clutch, repairing air conditioning system, and replacing the brakes was completed on the car with 14,556 miles showing on the odometer. Samuel Ryder of Miami became the next keeper of the black beauty Prancing Horse. While in his care, engine-out service was completed by Tim Stanford including belt servicing. The next owner was Zaire Vere from Dubai, Emirates who imported through Ferrari of Dubai. The 512 was then serviced July 2015 including belts, clutch, new tires, fuel line and battery at a cost of $16,500

Complete with service history from new, this six owners from new Ferrari still has its original selling dealer's service books stamped with the appropriate mechanical work that has been carried out, original books, leather Ferrari pouch, tools, jack, keys, and wheel knock-off spinner hammer. Showing just a touch over 27,000 miles on the clock, it is a very nice example of Ferrari's great flat-12 sports cars. With a rising tide of interest in these cars, they certainly aren't becoming easier to obtain—especially examples as nice as this one.