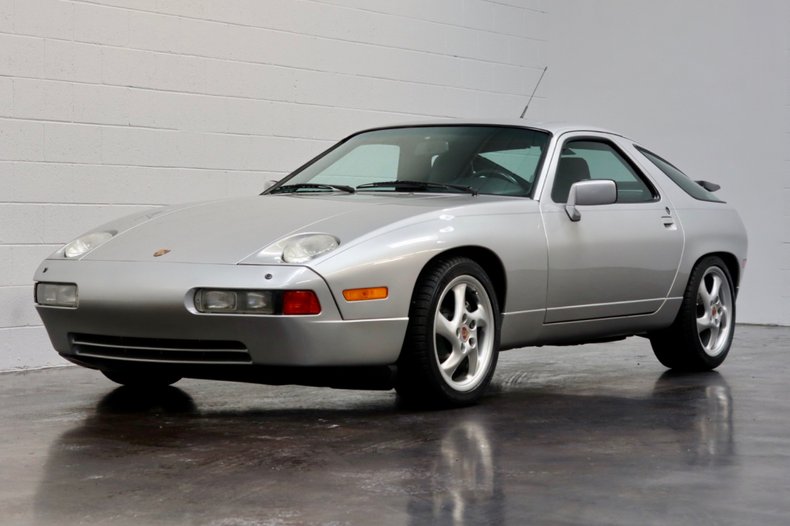 This Porsche 928 S4 was built in February 1987 as a US model with the following options:

Upon completion, this 928 S4 was shipped to California where it was sold by Bozzani Porsche of West Covina, CA. The first owner, a Mr. Schwier, of Garden Grove, CA took delivery on 5-12-87. He only kept the car until February 1990 when he sold it with just over 21,000 miles on the odometer. The second owner, also a Southern California resident, kept the car from 1990 until 2019 when it was sold to European Collectibles. Service work during his lengthy ownership was entrusted to his local Porsche dealer, Newport Auto Center, and a well-respected independent shop, DeVitos Porsche Service. A complete file of records from the first owner is on hand, but we only have a limited supply from the second owner. However, during his ownership, all repairs and maintenance items were addressed when needed and this car benefits from never sitting for too long - it has been in road-trip ready condition for its entire life. For example, Newport Beach Porsche replaced all motor mounts and rebuilt the front suspension after some sagging and poor handling was noticed. More recent major service work included timing belt and water pump replacements five years ago (less than 500 miles since) at DeVito's.

After this car was purchased by European Collectibles in January 2019, the following service work was performed:

This 928 S4 runs and drives very well and the power from the 32-valve V8 engine mated to the 5-speed manual transmission is a lot of fun. The body is in excellent condition without any notable dents. The panel gaps are to factory specs. The Silver Metallic paintwork shines nicely and is free of any major scratches. Understandably, the hood has some stone chips, but the light color helps to conceal them. Where this car really shines is in the interior department - the seats were covered in sheepskins from 1990 to 2019 and they did a wonderful job of preserving the leather. They are very soft and have a minimal amount of wear. This car was garaged and covered for its entire life and doesn't have any interior fading, panel warpage or the dreaded dash cracks. The original stereo head unit was upgraded at some point and is working well. Other minor modifications include the fitment of 17" Turbo Twist wheels with a correct offset that allows to the tires to fit perfectly under the fenders and a roof-mounted antenna (that became standard on later 928 models), was installed. All interior lights, gauges, power mirrors, rear trunk releases, etc are all working just fine. Included in the sale are the original owner's manuals, Bozzani Porsche plate frame, all spare tire equipment, a complete tool kit, and some service records. We think this is a rapidly appreciating Porsche that is well worth the present asking price.