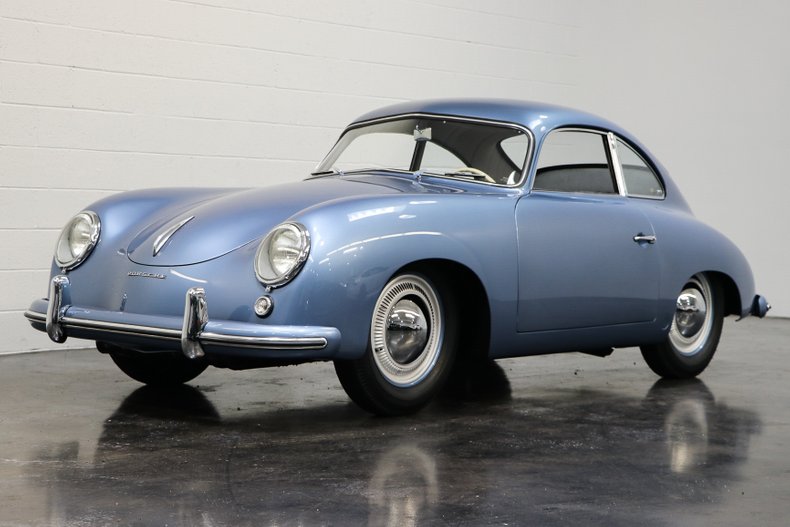 The original owner first purchased in San Diego, California. In the late 1950s, it was passed on to his son. Over the years Pre-A passed through several owners in the Southern California area. The current owner took possession in 2010, the 356 was partially disassembled for a restoration that was never finished.

In 2015 a full nut and bolt, ground-up restoration was started, the body was stripped to bare metal. Everything was metal finished to perfection. All matching decks and doors. The paint was finished in period correct color combination Adria Blue (509) with Gray interior and corduroy inserts and was done by Jim Gordon Auto Restorations in Paramount, California. The gauges were beautifully restored by Palo Alto Speedometer. The matching 1500cc engine was rebuilt by Glenn Roberts in San Diego, California. All the mechanical was completely rebuilt to concour condition with no expense spared.

Authenticity and attention to detail paid off. The 1953 Pre-A Coupe was recognized at the 63rd Annual Porsche Club of America “Porsche Parade” (July 2018) held in Lake of the Ozarks, Missouri where it was recognized as a Concours Restoration Group Award Winner (formerly known as the Manhattan Trophy) - 1st in Class Restored Category (scoring 299.8 out of 300 total points) & won the Gmund Achievement Award for cars scoring 298-300 points!

Complete with original tool kit, owner's manuals, spare parts, and complete documentation of the restoration. An extremely unique opportunity to own one of the best Porsche Pre-a Coupes.

Simple, clean, elegant, and understated: that would describe the aerodynamic little Porsche 356 Coupe of the early to mid-1950s. While still utilizing some parts and design concepts originally created for the humble Volkswagen Beetle, by 1953 the 356 was showing clear signs of the steady development and evolution demanded by Porsche's designers and engineers. The new model was undergoing almost constant improvement as the factory strove to simplify the manufacturing process for these largely hand-built automobiles.