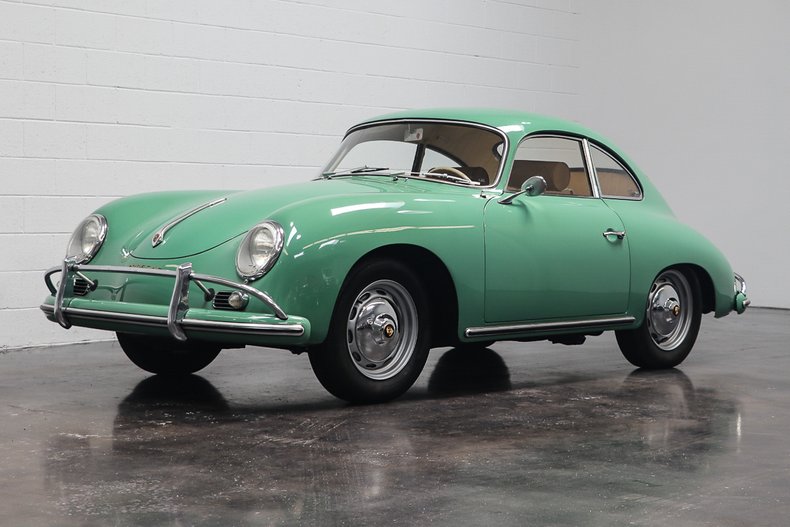 Following the success of the original 356 (now known as the “Pre-A”), the 356A was introduced. It was part of factory designation “Technical Program 1” (T1), followed by a revision in 1957 that resulted in T2. An open Speedster version aimed at the U.S. market along with a high-performance four-cam Carrera GS model were offered in addition to the standard coupe, cabriolet and later Convertible D models.

Changes to the outside of the 356 were minimal, but a larger 1600cc engine was introduced along with revised suspension and wider tires. A keener eye will notice the addition of a rub strip below the doors and the use of enamel paint in place of lacquer. Interior changes were similarly minor with a flat-face dashboard following the contour of the now curved instead of bent windscreen. Other options were the provision for a modern radio, courtesy lighting and a dash clock.