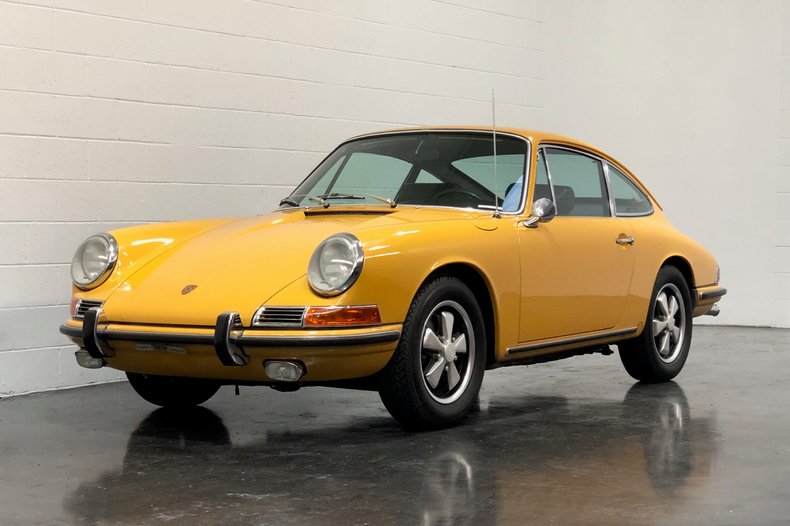 Purchased from Trans Ocean Motor Co., Inc. Volkswagen and Porsche dealer for $7,741.14 including a dealer installed radio, a spare set of spark plugs and sales tax.

Donald Lidikay of Alhambra, CA visited Trans Ocean Motor Co., Inc in Pasadena, CA and saw the all-new 1967 Porsche 911S, he traded in his 1965 Porsche 911 and a considerable amount of cash to buy this '67 S. Donald was a photographer for Union Pacific Railroad and a fanatical Porsche guy. He was known for organizing weekend drives and road trips for likeminded Porsche people long before it was the thing to do. In addition to the S, he owned a '57 Speedster and a 912. His care for this 911S is evident not only in its condition today, but in the obsessive amount of servicing and record keeping he devoted to this lovely car. From day one, he purchased spares to keep on hand and regularly visited the dealership for minor adjustments, servicing and I would bet, lots of conversation. In 1968 when the 15 x 5.5” wheels became available, he purchased five and fitted them to the car. His efforts are very well documented in a binder that is over 4 inches thick and contains more than 250 pages of receipts. His love and care for this 911S began on July 14, 1967, and the car remained in his ownership (and in good running order) until his death in 1997.
Several years after his passing (2001), his widow sold it to his best friend, another Porsche enthusiast, who didn't drive it much but liked having it in the garage as a memento.

Mr. Lidikay removed the original seats in the early 1970s and carefully stored them. He preferred a more modern Recaro and we're glad he did because the originals are in excellent condition and have been reinstalled. Amazingly, the Blaupunkt radio is working too. The car is running and driving very well and is the nicest original early 911 we have ever seen. Rarely does a car with all original paint look so good.

At the end of 2018, the S was sold by the widow of the second owner and was purchased by European Collectibles. After it was removed from the garage where it had been for so many years, all mechanical systems were gone through. The suspension, brakes, and exhaust have all been rebuilt or replaced where needed. A tune up and valve adjustment were done and five new Pirelli CN36s have been installed. After some test miles, the distributor was rebuilt and the car spent a few weeks with a local air-cooled Guru who really dialed the performance to a very respectable level.