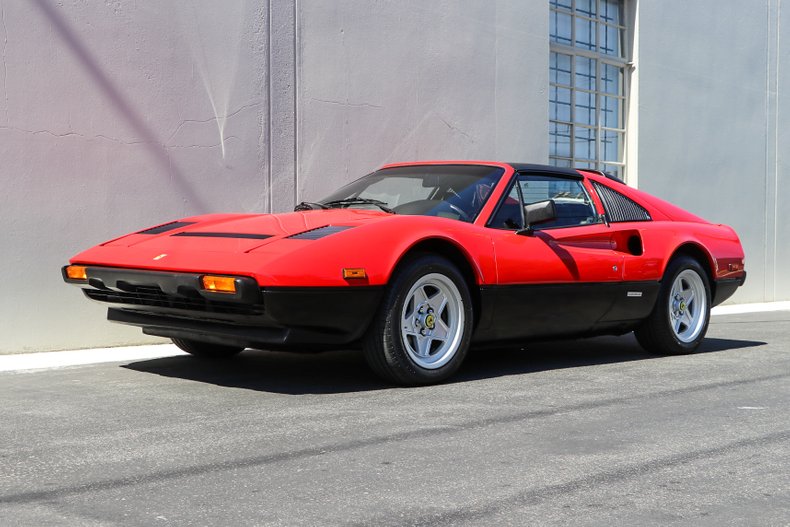 Originally delivered to Maxon Lease Inc. in Union, New Jersey by Auto Torino LTD the Ferrari dealer in Great Neck, New York on November 14, 1984. The second owner took possession of this Ferrari in the early 1990s and had the 308 serviced by Lake Forest Sports Cars LTD in Lake Forest, Illinois. In the early 2000s, the 308 was shipped to Texas to the third owner and was serviced by Italian Legend Cars in Houston, Texas. In 2001, the vehicle was sold to its fourth owner. In 2010, the vehicle was sold to the fifth and current owner of the 308. The fifth owner had the vehicle serviced on November 16, 2018, and had the following completed by Professional Auto Tech in Carson, California: 30,000-mile service replacing the timing belts, replaced A/C compressor belts, replace spark plugs, replaced alternator, oil & filter change, and Pirelli Cinturato P7 tires.

Beautiful repaint in its original factory color combination Rossa Corsa (300/6) with Boxer trim and Black upholstery. Phenomenal mechanical condition, well-maintained and cared for with no modifications, smooth shifting 5-speed manual transmission. Complete with Ferrari pouch, warranty book, owners manual, tool kit, jack, spare tire, and service records since the early 1990s. Great opportunity to own the most sought after & revised edition of the 308!

3.0-liter, V-8 powered 1980s icons represent an excellent way to enter into Ferrari ownership due to their relative affordability and ease of ownership and can be divided into three different series. The 308 was carbureted from 1976 to 1979, with 1976 and 1977 models being especially desirable due to their more aggressive cams and lack of emissions equipment. The 308 GTBi and GTSi variants from 1980 to 1982 saw Bosch fuel injection replace the previous generations' Weber carburetors, and finally, in 1983 to 1985 the 308GTB and 308 GTS Quattrovalvole (QV) introduced four-valve heads.