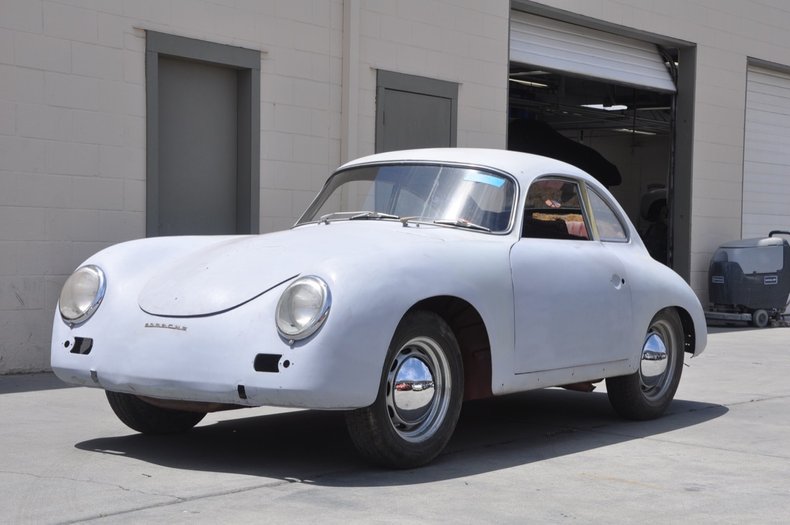 This 356 is basically complete including all glass, gauges, engine, transmission, brakes, bumpers, front seats & rear seat, ect. It is not running and driving and the engine is apart and will need a full rebuild. The original color was Silver/Red, which is a classic color combination. Solid floor pans & battery box. Getting very hard to find a good 356 project!