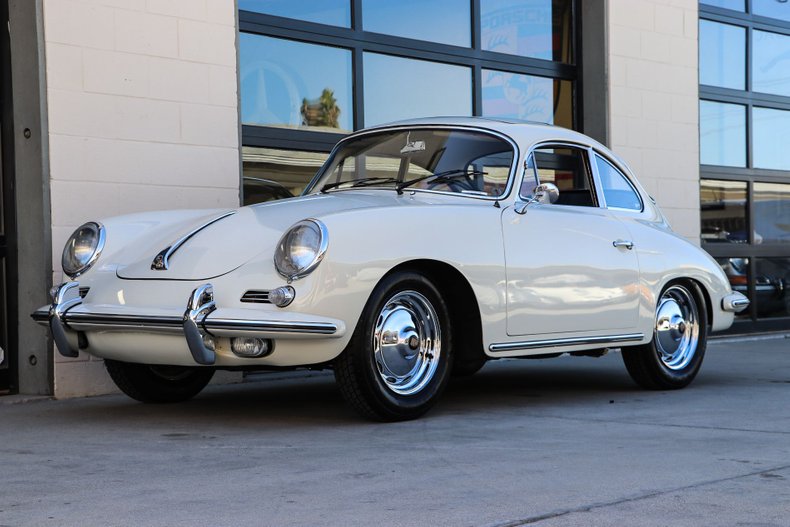 The Super-90 was the top of the line producing 90 horsepower & was special ordered! Beautiful restored finished in its original color combination Heron Grey with a Navy Blue leatherette interior. Special ordered with a rare electric sliding sunroof, Super-90 engine, deluxe horn ring, and chrome wheels. According to the Certificate of Authenticity, Porsche replaced the engine on October 22, 1964, with a KD P813051, which is a factory replacement 356SC engine.

Extremely straight and rust-free 356 with good gaps and panel fit. This 356 is an excellent driver that performs flawlessly!